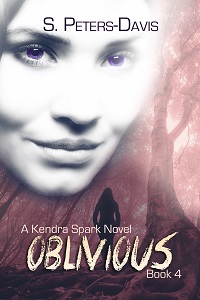 Kendra communicates with ghosts. She’s gone from a best-selling suspense-mystery author to an FBI asset on a secret mission team.


Jenna, an FBI criminal analyst and Kendra’s best friend, died in a fatal accident, but she continues to work for the team with Kendra’s translations.


The world changes for Derek now that he sees the dark spirits. But defeating them is no simple task, especially when one resides inside someone on his team. Oblivious much?
https://bookswelove.net/peters-davis-s/ 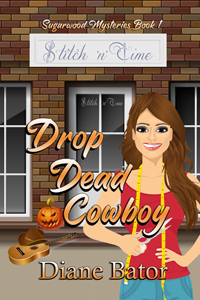 Audra Clemmings loves Halloween. At least until she sees the display of voodoo dolls in the shop next door that resembles nearly everyone in Sugarwood, Ontario—including her. 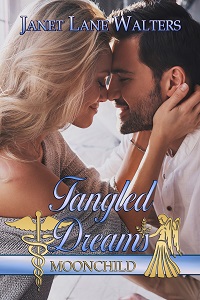 Two reasons bring Cancer heroine Janine Rhodes to Fern Lake. The first is the Masters and Doctors program at the nearby university. The second is a letter from a dying woman. Since the courses she takes are weekend ones, she finds a job for the Grantlans a writer and a nurse practitioner caring for their toddler niece they recently adopted. While here, she is able to observe the son she gave up for adoption eight years ago and his attorney father. She is content just to watch until tragedy strikes.

When Virgo Nate Quinn learns about his son’s medical condition, he can barely hold on. Just a year ago, he lost his wife to cancer. His adopted son has become his entire family. When the doctor asks him about the child’s birth parents, he has no idea. He agreed to the adoption but only signed papers and took no other part in the process. Now he needs to locate two people.

Then he learns the identity of his son’s birth mother and knows she has been in the periphery of life. He acts rashly and then must find a way to make amends, especially when he learns more about her. 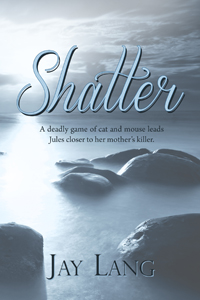 Jules Gordon has spent the past fourteen years as a recluse after her mother was brutally murdered and her father framed for the crime. Things seem to improve after she accepts a job as a private investigator for a local firm where she meets the enigmatic Katie, and a passionate romance develops. However, just as Jules’ life starts to show promise, she receives a call from a parole officer who tells her that her father is being released from prison. Apprehensive, Jules lets her father move in. Her father, now terminally ill, divulges the name of the man who framed him. In a twist of fate, while investigating her first case, Jules believes that she’s stumbled on the trail of her mother’s murderer.

As Jules slowly unravels the truth, her pursuit for retribution turns deadly. A game of cat and mouse leads her deep into the underworld, and she realizes that she has been played for a fool as she stares into the eyes of the true killer 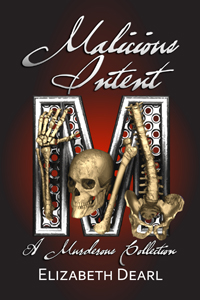 Tales for every mood, running the gamut from quirky mystery to chilling horror.

When a lifelong friend betrays her trust once too often, an elderly woman plans the ultimate revenge.  A young drifter meets a famous artist, with grisly results.  A secretary's get-rich-quick scheme backfires.  Recently released from a mental institution, a woman fears she's hallucinating -- but is she?  A detective makes use of an unusual witness.  A woman escapes her coffin for a final farewell.  A real estate agent discovers why her best model home is scaring away customers.  Is a cache of confederate gold really haunted? 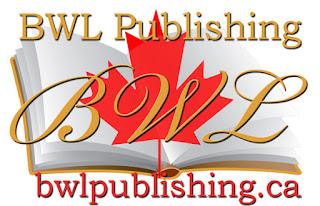 Every dog has its day by Priscilla Brown

The mayor's farm and her town are strapped for cash.
Is this sexy television producer financial salvation or major trouble?

For information and purchase details on this and the stories mentioned below,
visit https://bookswelove/net/authors/brown-priscilla-romance

I have never owned a dog. In our childhood home, the only pet was a much-loved ginger cat who thought he ruled his people ('dogs have masters, cats have slaves'). His reincarnation appeared in my contemporary romance Finding Billie as a feisty feline who purrs with most humans but spits at those who are not nice to Billie. My sister and I would have loved to have a dog, but -- "you have a cat, you can't have another animal" and "who would walk it"  and "we don't have room", and other reasons/excuses. We had a temporary enthusiasm for an aquarium, though goldfish can hardly be termed pets; ours led short and probably wretched lives.

As an adult, for various reasons it has not been possible to own a dog. Maybe as unconscious compensation, in several of my contemporary romance novels I have enjoyed including a dog with a part to play in the plot. Researching is one of my favourite aspects of writing fiction, and I spent considerable time on deciding which breed of dog would be appropriate for the character whose lifestyle and/or job needs a canine companion and/or a working dog.

In Sealing the Deal, Anna lives alone on an isolated alpaca stud, and needs a dog as a companion and as a guard animal, and one whose breeding indicates he can get on with other animals and therefore can learn to check the alpacas. I gave her a Great Dane, and named him Hooli short for Hooligan. She
hopes that alongside his normal friendly attitude  he will display some hooligan behaviour if she, her animals or property are threatened. The sheer appearance of a Great Dane can at first be alarming; a visitor describes Hooli as the size of a small pony when the dog won't let him get out of his car until Anna arrives and assures her guardian this visitor is harmless.

Callum in Hot Ticket, now living in the city after a childhood on a cattle station, misses animals. From Animal Rescue he chose a puppy cattle dog because of his breed and that he looked sad. JD (= Juvenile Delinquent because clearly he had never been trained) becomes an important secondary character in the developing romance between Callum and Olivia.

A sheepdog is a necessity in  Dancing the Reel, a story involving sheep farming on two Scottish Hebridean islands. Deefer, as in D for Dog, is the border collie so named by Hamish because after owning many dogs in his long shepherding life he had no more names. This intelligent young dog is undoubtedly the boss of the hundreds of sheep, and off duty is a loyal and caring companion for Hamish.


At the start of my dog research, I discovered there are over 400 breeds worldwide. Intending to check exclusively for the canines who became Hooli, JD and Deefer, I found out far more than I needed to know for the story purposes, and became somewhat sidetracked into a few other breeds. I have a dog in mind for the current work-in-progress... 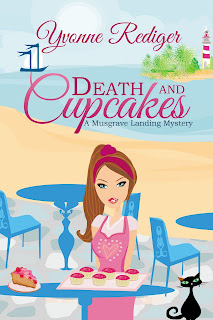 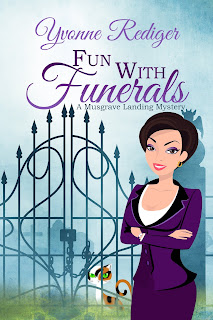 I am Yvonne Rediger, the author of the Musgrave Landing Mysteries series for BWL Publishing LLC. If you like a good mystery, give us a try. You can find the links to my books from my author page:  http://www.bookswelove.com/rediger-yvonne/

While there really is such a place as Musgrave Landing on the west side of Salt Spring Island, my version of the village is much larger, older, and has a higher population count. And the inhabitants in real life don’t end up deceased under questionable circumstances.

My version of this village in British Columbia is a colourful place full of interesting characters. The choice to use a village as the setting came about because of the ferry. The aspect of bringing people onto the island meant I have the option to bring all sorts of people to the village who have many types of motivations and histories. This appeals to me, and allows me to do all kinds of 'what if' scenarios.

Another thing which stimulates my imagination is the fact there are core characters who live in the village and interact with the visiting characters. While these villagers were centre stage in Death and Cupcakes, they step back a bit in Fun With Funerals, but are necessary for Alicia, the main character, to interact with. They view her mother, Olivia Frost Highmere from a much different perspective.

In the next and third book in the series, Condo Crazy, Arlie Birch is back and so are Jane, Ann, and Jack along with my favourite K9, Vimy.

Gladys Wyatt, a villager mentioned in book one, has a much larger role in book three and we find out her life and what she and Arlie get up to that tweaks Ann Westcott's nose, who is now the mayor.

In Condo Crazy, Gladys is a widow who sold her tiny house and bought one of the spacious condos in a brand new building across from the marina. She likes the large open kitchen which works well for her cottage bread baking business. There are eight condos, each with an interesting character in residence.

On the second floor of the building is Lara Finkle, who lives in the luxurious number eight. Not all the money that went missing from the village coffers in book one was found. Lara May have have used the missing money to buy her own unit. It’s possible Lara just might get the comeuppance some people think she has coming.

In life, as in the fiction I write, everything is connected. In a village, much like in the condo building, everyone knows everyone else. The smaller the area however, the more detailed that knowledge can be, whether we want it or not. As building manager, Enid Lindquist knows a lot about all the condo owners. Probably more than any of them can guess. Easy to do when your apartment is beside the elevator and you can track everyone's comings and goings.

Even Linda Leekie, also on the second floor or Leaky Linda as Dwayne Davis calls her, knows things about her neighbours. Much more than she would ever let on.

Then there's Dwayne, the condo board president. He too not only knows things, but he acts on that knowledge. Dwayne needs to careful. Some of his action might get him killed.

I love puzzles of all types. Crafting a mystery is like building an intricate puzzle. Each character, location, clue, and red herring are pieces of the puzzle. So too is the timeline, the weather, conflict between the characters, their motivations, all with a touch of humour.

With every passing second, the ferry’s throbbing diesel engines drew Alicia Highmere closer to her childhood home, Highmere House. Possibly, for the last time.
In the gathering twilight, she caught only meagre glimpses of the three-story sandstone monstrosity among the trees. As the vessel traveled down the coastline, the slate roof, darkened to black by the misty rain, was only partially visible.
The ten-acre property had grown even more wild and uncontrolled over the past weeks. Logically, something should be done about the over-growth, but her mother never allowed it. Was it Olivia Frost-Highmere’s intention to obliterate their old home from current memory? The thought wasn’t a shock if it were true.
Alicia wasn’t exactly sure how she felt about going back, especially now. There would always be a thread that tied her to the old place, no matter what happened in the next few days. Past images of her life in the house surfaced. Some were not pleasant and those she pushed aside.
“Alicia, are you cold?” Bryce’s words pierced the steady noise of the boat engines and the churning water.
He woke her out of the light trance she’d fallen into while staring across the open expanse of Sansum Narrows, the body of water that separated Salt Spring Island from Vancouver Island.
She blinked, and only then did Alicia feel the slice of the November wind against her cheeks. She turned to face her driver. “Yes, a bit,” she said and opened stiff fingers to let go of the metal railing. It didn't matter her hands were encased in soft leather gloves. The cold was generated from within, not by the elements.