View these and more Juliet Waldron releases at: http://bookswelove.net/authors/waldron-juliet/

There are a host of powerful women in the Iroquois mythic system: sky woman, the creatrix, grandmother moon—and the three sisters—who fed the tribes with their bodies: corn, beans, squash. Many societies have powerful goddesses, but for the Iroquois, this also translated into a tradition of strong and respected women in every village. The Iroquois had a matrilineal descent system, and this raises the status of women. The tribes that made up the Iroquois confederation were divided into clans.


A simple illustration: if your mother was of the turtle clan, then so are you. If you are female, your children will also belong to turtle clan. If you are male, your children will belong to the clan of their mother—who might be wolf, deer, beaver, etc.--but never turtle, as these are considered to be your relatives. The leading woman of each clan was called clan mother. For governance, clan mothers were entitled to appt. A certain number of chiefs. The clan mothers could also depose their appointees, if they disapproved of his choices. Culturally significant white wampum belts indicating hereditary titles of chiefs were kept by women—titles passed not father to son but to brothers or to sister’s sons. The clan mothers, through a man they chose, could always make themselves known in council.


We might think of these women as female chiefs, because their power over decisions and treaties made in council was genuine. These women held greater status and had more control over national affairs than European women of the time. In fact, when early Europeans attended councils to discuss treaties or trade, they were frequently asked by the chiefs “where are your women?”


The Indians found it odd that the whites did not consult their women about decisions which would affect the entire community. The Iroquois had a complex system of chiefs. There were war chiefs, who were, as the name implies, generally young men of demonstrated valor--winners of battles. There were sachems, who were the older men—representing the wisdom that comes with years. There were only a few hereditary chiefs, whose appointment was in the hands of the clan mothers. On more than one occasion the clan mothers are known to have cast the deciding vote, blocking treaties or warparties.


There are many stories about Iroquois women refusing to supply warparties with the moccasins and pemican (charred corn and maple sugar)—that was needed for a successful expedition. Then as now, you can’t wage war without supplies. The clan mothers often sided with the old men, the sachems, laying a restraining hand on the enthusiasm for adventure of the young chiefs.


There are examples from historic times of strong Iroquois women acting as the tribes’ decision makers. Mary brant was a clan mother, and also widow of Sir William Johnson, the British emissary to the Iroquois during the late colonial period. She held her tribe to the British side during the revolution. Sir William was not the only well known historical figure to have made an important alliance with a powerful native woman…major general Philip Schuyler also had a native “wife,” Mary Hill, a Mohawk. Through her, he spread rumors about the activities of the American army. Schuyler’s “terrifiers” are mentioned several times by his British opposite, Sir Guy Johnson, in letters detailing various anti-Tory stories that were causing great fear among the pro-British tribes. Mary Brant herself soon took care of this problem, by removing the younger woman from Schuyler’s influence. She apparently persuaded Mary Hill that she was a Mohawk first, and therefore must obey the pro-British clan mothers.


Perhaps an even better indicator of the high status of women among the Indians are the cases where an esteemed white woman living in Indian Territory could exercise unusual prerogatives. Because she feared the effect upon the British war effort, the Tory Sarah Mcginnis prevented a wampum belt bearing news of an American victory from leaving the village where she lived.


Women held power in their villages, too. When captives were brought home, the women decided who would live, who would be adopted, who would be made a slave, and who would be offered to the fire gods. Women took active roles in torture alongside their men. Although it happened rarely, women could also be accepted as warriors, if this proved to be the calling of their heart.


Even long after Iroquois power was broken, their influence was felt in interesting ways. In the 19th century, Lucretia Mott, one of the leaders of the Women’s Movement, (born in MA) spent a month with the Seneca tribe before attending the first Woman’s Rights Conference soon to be held in Seneca Falls, 1848. Native women today claim their influence can be seen in the tenets of early feminists.


It has been noted by modern day activist Iroquois women that they didn’t need western woman’s lib until all their rights were obliterated by outsiders. Christianity in particular was sanctioned—probably a better word would be “enforced” on reservations by the Bureau of Indian Affairs. In the old days a woman could pack up and leave her husband if she was abused. In a matrilineal society, there a safe haven for a woman and her children always exists among the members of her clan. 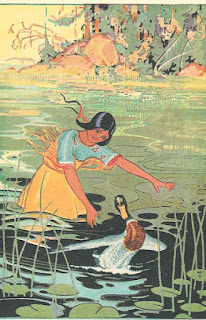 
Oneidas, Mary Cornelius Winder and her sister Delia Waterman saved their tribe’s identity by beginning to argue the modern day Oneida land claims, instituting a suit against the U.S. government in the 1920’s that is still being litigated. Some years ago, modern day struggles within the Oneida tribe have led to suspension of Delia Waterman’s membership. Delia was a centenarian without whom there would be no Oneida nation today. "This suspension was done by the Bureau of Indian Affairs, backed by a ‘Men’s Council’—which never historically existed—in defiance of traditional Oneida law of gender equality."  (Joanne Shenendoah, a noted 21st speaker for her sisters and her Tribe).

All my novels at Amazon: