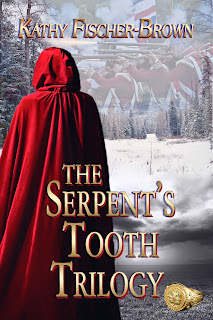 Eighteenth century America holds a certain fascination for me. An old mentor, who had a strong predilection for the spiritual world and reincarnation, once postulated that I had lived a previous life in that period. She told me she sensed it in my writing. (Whether or not this is true is not up for discussion here, but I thought it was pretty cool at the time that Norma thought so.) At any rate, I am drawn to the period, and now, as I call on years and years of previous research and knowledge, and travel new paths in preparation for writing a novel in Books We Love’s “Canadian Brides” series, I am steeped once again in discoveries.

Of the many details of life in a former age, we historical fiction writers find nothing too insignificant or mundane. In other words, everything has importance, from the fabric of the clothes they wore and how it was made, fastened, and laundered, to the way they lighted and heated their homes; how they traveled and where they stayed when away from home; the sights, smells, sounds; and, yes, the food they ate, and how it was procured and prepared.

As a modern day “foodie,” I love cooking (and eating) and trying recipes from other cultures, and even have dabbled in “receipts” from the era I find myself steeped in for the time it takes to research and write my book. So this sort of thing is right up my alley.

In matters of food, I am amazed at how trendy tastes can be. Take lobster, for example. Not to mention that I love lobster (boiled, broiled, baked, steamed, grilled, sautéed, stuffed, on a roll, in a salad or casserole…you name it), I was surprised to discover that back in colonial America, the lobster suffered from a terrible rep. The first settlers in New England went so far as to regard them as a problem. (Yikes, we should have such problems today!) Chalk it up to the lobster’s amazing abundance. They were so plentiful, for example, that following a storm, lobsters would be found washed up on beaches in piles up to two feet high. People literally pulled them from the water with their bare hands. And they grew to be humungous, some weighing in at 20 to 40 pounds and up to six feet long. (Imagine that tail, grilled, with drawn butter, garlic, and lemon juice.)


Of course, if you consider how stinky a pile of dead lobsters can be on the beach in the midday sun, you’d understand some of the
complaints of our ancestors. Other reasons for their shunning, I’m still scratching my head over. Because people literally grew sick and tired of eating them, time came when lobsters were considered unfit for anyone except the abject poor, criminals, indentured servants, and slaves. And even those people complained that having to eat them more than two or three times a week was harsh and inhuman treatment. To add insult to injury, lobsters were fed to livestock or ground up and used as fertilizer. Native Americans used them for bait and ate them only when the fish weren’t biting.

These days, as David Foster Wallace wrote in “Consider the Lobster,” his excellent article published in Gourmet Magazine (August, 2004), “lobster is posh, a delicacy, only a step or two down from caviar. The meat is richer and more substantial than most fish, its taste subtle compared to the marine-gaminess of mussels and clams. In the U.S. pop-food imagination, lobster is now the seafood analog to steak, with which it’s so often twinned as Surf ’n’ Turf on the really expensive part of the chain steak house menu.”

Sad to say, this increase in price and prestige is due in part to the fact that the once monumental populations of these delectable crustaceans is in steep decline. In Long Island Sound, where my uncle used to skin dive for them, their numbers are almost at extinction levels.

Oysters—which for over a thousand years—had been a delicacy on European menus, are mollusks that can be compared in sheer numbers to those of the lobster. They too were more prodigious and larger on the seventeenth- and eighteenth century North American shores than those we’re used to seeing these days and those in the settlers’ countries of origin. A staple in the diet of Native Americans living in coastal areas, oysters then could reach nearly a foot in size. Liberty Island—the site of the Statue of Liberty—was named by the Dutch as one of three “oyster islands” in New York Harbor due to the local Algonquians’ preference for a place over-flowing with oysters. These were the same natives who taught the Pilgrims and Jamestown settlers how to cook them in stews to stave off starvation, and they soon became a common item in our ancestors’ diets. Stewed or pickled, oysters also became a popular trade item.

For any daring enough, here is a “receipt” from Vincent La Chapelle (1690-1745) in his The Modern Cooks and Complete Housewife’s Companion, (curtesy of Colonial Williamsburg):

TAKE some Chibbols, Parsley, and Mushrooms, cut small, and toss them up with a little Butter; put in the Oysters, season them with pounded Pepper, sweet herbs, and all spices, leave them with a little Flour, and add a little Cullis or Essence; then take your small French Loaves, make a little Hole in the Bottom, take out the Crum, without hurting the Crust, fill them with your Oyster ragout, and stop the Holes with the Crust taken off; place your Loaves so filled in your dish, with a little Cullis or Gravy over them, let them get a Colour in the Oven, and serve them up hot for a dainty Dish.

I’m sorry to say that, with the exception of Winter Fire, my historical romance, and The Partisan’s Wife (book 3 of “The Serpent’s Tooth” historical trilogy), I haven’t incorporated the food of the era as much as I would have liked. This will not be the case in Where the River Narrows, my Canadian Historical Brides book (with BWL author Ron Crouch) based on the history of American Loyalists in Quebec during the American War for Independence (pub date August 2018).

For my next blog, as I continue searching for the minutia of everyday life, I will post another snippet of the commonplace things that make eighteenth century North America so unique for me. So, please tune in again. And thanks for reading.

Kathy Fischer Brown is a BWL author of historical novels, Winter Fire, Lord Esterleigh’s Daughter, Courting the Devil, The Partisan’s Wife, and The Return of Tachlanad, her latest release, an epic fantasy adventure for young adult and adult readers. Check out her Books We Love Author page or visit her website. All of Kathy’s books are available in e-book and in paperback from Amazon, Kobo, and other on-line retailers.