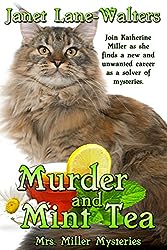 One of my fellow writers asked me how I found my system of writing. I always say I'm neither a plotter or a punster. I'm hybrid. Now what does that mean.


In 1968, I decided to begin writing. I took some classes via mail but they focused on short stories. Novels are different. They're longer and they have to have more than a character or two. I'd had some success with short stories until the markets dried up. Novel writing came next since I'd sent off a short stories I'd titled - And So We Walk On Eggshells. One editor turned the story down and told me this sounded like a synopsis for a novel. Synopsis had me puzzled, so I headed off to the library to find every book I could on writing novels. Then realizing I could only keep those books for a limited time, I purchased most of them. Every book had a different way of organizing the story. I wanted to try them all.


One book said have your characters and know what kind of market you want to reach and then sit down and just write. This got me so far and then I could go no further.


Another book had me doing extensive write ups on each major character and some on the minor characters. Trying this method had the same effect as just writing the story.


There were books that gave you ways to sketch out your entire plot and fit your characters to the plot.


I finally designed my way of doing it. As I approach a new novel, for a week or two as I'm falling asleep, I tell myself a story about the book. I finally reach a point where I know where things are going - sort of I'm ready to begin. Now comes how I do this.


I must have a title before I begin the book. Then I need my characters to have names. Once these are in hand, I write what I call a chapter blocking. This ends the plotting stage. Then I move to the punster phase for the rough draft. When I say rough, I mean rough. Often there are switches during the book that don't follow the blocking exactly but by the time I finish, I do have a beginning, some major and some minor scenes and the ending. The rough draft is generally about a quarter to a third of what the final book will be.


Then I begin the drafts. There is a setting draft, a character draft, a plot draft where all that I've ignored comes into the story.  Finally there is the revision draft that looks at language, not punctuation, though I try. Some of my editors carefully replace question marks for periods and add commas where they hare needed.


I'm sure none of this makes sense but Murder and Mint Tea began the quest for a novel
Posted by Janet Lane Walters at June 17, 2017

Email ThisBlogThis!Share to TwitterShare to FacebookShare to Pinterest
Labels: How I write., Janet Lane Walters