ANGELS OR EXTRATERRESTRIALS? - by Vijaya Schartz 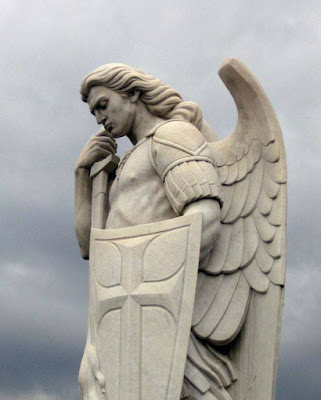 What are angels? Really... Since they do not come from this earth, it's safe to say they are extraterrestrials... or are they?

Different versions of the Christian Bible name a few, but other ancient sacred texts, like the Zohar, the Torah, the Koran, and the Vedas have long lists of angels who descended to earth to deliver messages, warnings, to teach, test, or punish man. 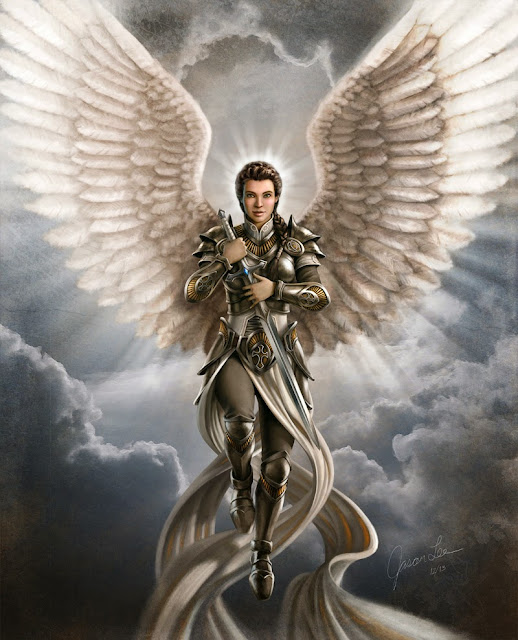 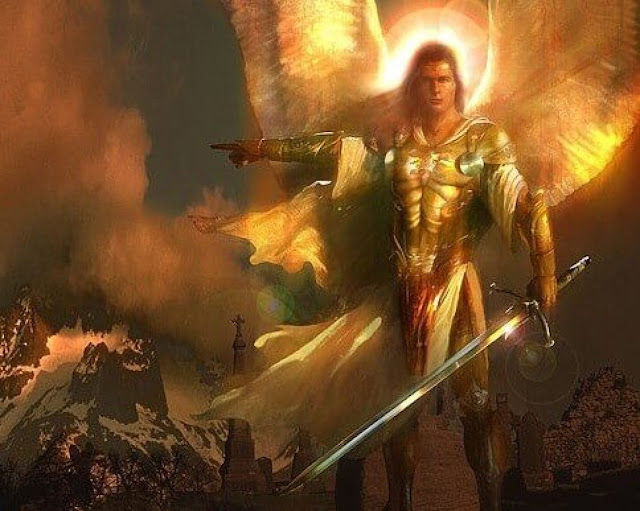 Angels are legion, as I discovered in my intensive research. Some like Gabriel and Raphael are messengers (which is the root meaning of the word angel), others like Michael who chased Adam and Eve out of Eden with a flaming sword and destroyed the serpent, and Uriel the Avenging Angel, are wielding deadly weapons. 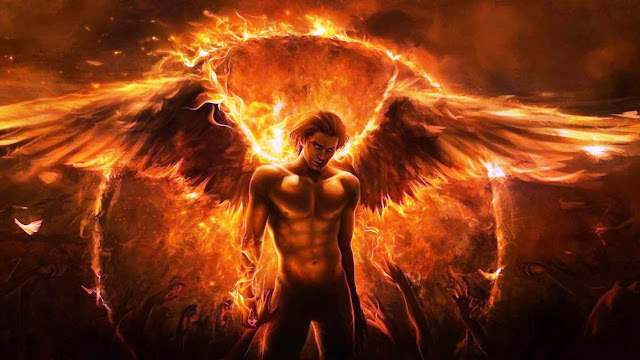 But there is also Lucifer, the brightest angel and mutinous leader cast away for wanting to impart advanced knowledge to the lowly human race. The records also list over a thousand good angels, fallen angels and demons. 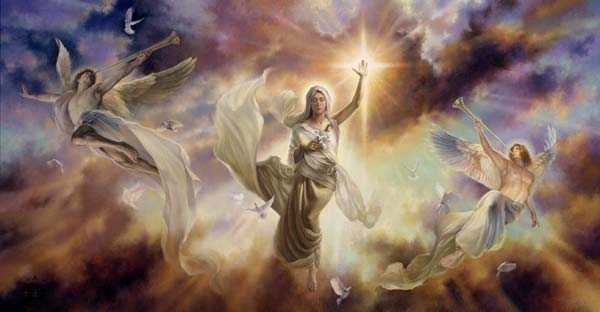 The sex of angels has long been debated. Even as the tower of Babel fell, that was the topic of conversation among the wisemen of the time.

As for the Watchers, sent to watch over mankind, they were the ones who found the daughters of man beautiful and took them for wives... They mated with human females, producing the Nephilim, and triggering God's wrath in the form of the great flood, to destroy their shameful progeny... although a few survived. The giant Goliath is believed to be descended from such hybrids. 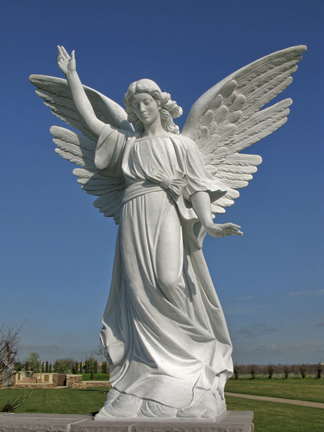 As I imagine a celestial power ruling the universe, it would have to be organized. My research indicated that there is a very strict hierarchy among angels, like in a military order. There are archons in charge of entire planets, archangels, and many categories of angels whose descriptions vary. Some have multiple pairs of wings, while others look completely human. Others yet have multiple heads, animal heads, and others yet look more like machines with turning wheels.

The two angels who warned Loth and his family of the imminent destruction of Sodom and Gomorrah looked like perfect human beings (no wings) and the depraved denizens of the city found them so beautiful they wanted to buy them for sexual pleasure.

Where do all these angels reside? The universe is a big place and a spaceship would not be enough to contain entire legions. I would surmise there are planets out there, inhabited and ruled by angels.

For the sake of my new series coming very soon (May 2018), AZURA CHRONICLES, one of these planets is AZURA. And what happens there is mysterious indeed. In book One, ANGEL MINE, my heroine, Fianna is a bounty hunter pursuing her mark, a convicted multiple murderer who just escaped from a high security penitentiary on a space station. 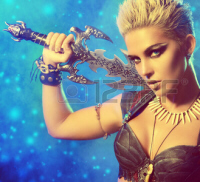 What in the frozen hells of Laxxar prompted Fianna to pursue her quarry to this forbidden blue planet? Well, she needs the credits... badly. But as if crashing in the jungle wasn't bad enough, none of her high-tech weapons work. She'll have to go native, after the most wanted felon in five galaxies. It's not just her job. It's personal.

Acielon has never seen an outworlder like this fascinating female, strangely beautiful, and fierce, like the feline predator loping at her side. He always dreamed of exploring the universe, despite the legends... and the interdiction. Is it truly a hellish place of violence, lies and suffering? If it spawned this intriguing creature, it must also be a place of wonders, adventure and excitement...

Fianna's instincts tell her someone is watching. Sheba, her telepathic feline partner, doesn't seem worried... yet, something on Azura isn't quite right.