Choosing the Right Name for a Character by Joanie MacNeil 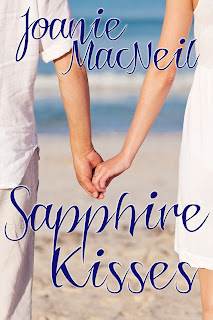 From Shakespeare's Romeo and Juliet, 1600: A rose by any other name would smell as sweet.
The meaning of this phrase: What matters is what something is, not what it is called.
Source: https://www.phrases.org.uk/meanings/305250.html

There are authors who write a novel and then choose the names of their characters. There is nothing wrong with this. However, some of us can’t bring ourselves to do that.
Before I begin to write the first draft of a new story, I’m compelled to name my characters. It’s not a case of any name will do for now, I’ll change it later. The name must match the perception of how I envision the essence of my character. I like strong names and these must suit my hero and heroine.
Early in my writing career I’d flick through baby names books to look for the right name for my hero and heroine, especially if I wanted something a little bit different, like my Scottish heroes, Galen and Regan. These days I am more likely to run a few names through my mind, then choose the one that I believe best matches my character.
When choosing a surname for the hero, and a Christian name for the heroine, I make sure that if they are to marry, her first name goes well with the hero’s surname. Of course, in reality, she might want to keep her own surname.
In Sapphire Kisses, I wanted something a little different for my hero, and chose Kent for his Christian name. But the name just didn’t fit how I perceived my hero to be. For me, Kent wasn’t strong enough. He wasn’t the hero I’d envisioned. I changed his name to David, which fitted so much better…bringing life to my perception of him. Only then could I move on with his story…a photographer and author, a recluse, struggling with the reality of losing his sight. I felt it was important for his character to have a strong name to carry him through his difficult journey to his happily ever after with the heroine.

Luke, Jack and Nick are favourites of mine.

And I’ve always liked Liam. That name suited my up-and-coming executive hero. Not an outdoors man, but responsible for the well-being of his teenage brother, Daniel, in Desperate and Dateless

In December Heat Wave, my heroine is Nicolette. The hero calls her Nic. I remember watching an interview with Tom Cruise when he was married to Nicole, and when he referred to her as Nic, there was something intimate about the way he spoke the shortened form of her name that struck a chord with me.
I also like my heroines to have strong names, names that will suit from newborn to mature woman. In my upcoming release, Sweet Temptations, my heroine is called Elizabeth. She hates being called Lizzie. Only her favourite uncle is allowed to call her that. I worked with a Liz who hated being referred to as Lizzie. The hero is Zac. I have always liked that name too.
When choosing a name, the advice is not to give your characters similar names as it confuses the reader. In my current work-in-progress I chose Matty and Mardi as names for my twin characters, but have now changed Matty to Matt, which does make a smoother read.
So, for me, naming my characters with the right name, makes them who they are.