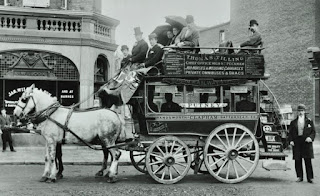 I often wonder what my mother would think if she were to return to the world as it is today. She was born over 130 years ago, so when she was a child there were horse driven buses on the roads of London. A horse drawn vehicle was still delivering the milk, bread and coal, even when I was a child. To her last days, our mother was scared of a telephone and didn’t understand how it could possibly work. It was a struggle for her to get used to her first refrigerator. She reared a huge family and kept them all as clean as she was able without a washing machine. No wonder her hands were wrinkled and her fingers bent with arthritis in her later years. I can recall when I was small that she sat in the armchair some afternoons and said, “I will just close my eyes for five minutes.” And, that was what she did, within minutes she was up and being busy again. 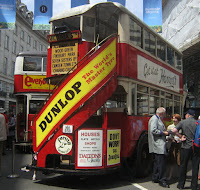 All these thoughts were brought to mind again because of writing my latest book; Crying is for Babies, as the story begins in 1931 when one of my sisters had just begun at school at the age of three. They started early in those days and finished usually at fourteen, when they went straight out into the workforce. There were no kindergartens or creches. If a mum had to work then a neighbour or relative would look after her baby.

My older sisters all worked in the clothing industry as I did eventually, where there would be dozens of machinists slogging away over their sewing machines. How times have changed in that department, you’d be hard-pressed to find a factory in Australia and I guess England, that produces clothing, as every item we buy nowadays is made in China, Bangladesh, or similar.

Our coal was delivered by a coal-man who hoisted a huge bag of coal onto his broad back and then opened the coal-hole in our front step, and shot the contents of the bag down into our cellar. I loved the smell of that little room. The coal had to be then brought up in the coal-scuttle to keep the fire going in the living room. Our mother would bank it up every night before going to bed with coal dust so that it was still smouldering next morning and we had at least one warm room. We could bake potatoes in the ashes, or chestnuts (Mm, I haven’t tasted a roasted chestnut in years) or sit there holding our bread to toast it by the fire.

The younger generation with their spotless homes and gadgets that
perform every task under the sun for them at the touch of a button, or the sound of their voice, don’t know what they are missing. Our whole family would get together around the fire in winter and talk about everything and anything. I’ll bet most families these days do not even spend more than a few minutes just sitting and discussing what is going on in their lives. I know of families who do not even sit together at mealtimes. I’m glad I have these memories to cherish, but what memories will they have—they are mostly staring at their mobile phones and overworking their thumbs. Even in the doctor’s waiting rooms, nobody chats to their neighbour any more as they are all too busy on their phones.

I guess as a writer I shouldn’t condemn computerised gadgets, as I could not live without my PC, but think of how the writers of years ago sat with inkpot and quill and yet managed to pen masterpieces. Even I began by scribbling my stories using a pencil on paper. When graduating to a typewriter, we had no spell-check or in-built thesaurus, which meant we had to ensure our spelling was correct the first time round, especially if we were typing carbon copies, or spend precious time going back over our work to correct any mistakes. There is no doubt the computer makes us lazy, as I tend to rely on it at times to correct me as it saves me time. One thing I have no arguments with is Google—the best thing since sliced-bread was invented. I do not have to leave the PC, get in the car, drive to the library (even though I love the place) and spend hours swatting over research manuals. I do not even have to leave the page I am working on and can have any answer I am searching for within minutes. 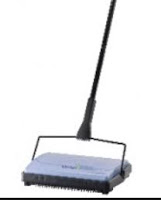 cleaner. Imagine having to take the rugs outside to bash the dust out of them. Later she had one of those carpet sweepers that you push along, but even they did not collect all the dust left behind by many feet. Floors were scrubbed by hand—no electric mops or carpet shampooers back then. The chimney had to be swept by a professional chimney-sweep, unless you had a brother like one of ours who decided one day that he could do a better job. Imagine my mother having to clean up an inch of soot that covered everything in the whole room, including furniture, with no vac! 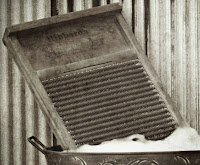 We certainly have it easy these days, and I love my washing machine, microwave oven, and computer, but not in that order, but there are times when I hanker for the simpler life I knew as a child growing up in the forties and fifties.