The Ley Of The Land 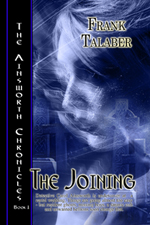 To Purchase this novel

The Ley Of The Land

We all know that Victoria is a wonderful place to holiday, right? But have you ever wondered why so many ghosts feel the same?
Readers of my novel, The Joining, and past blogs will already know that Victoria is reported to be the most haunted city in North America, perhaps the world. What is known about spiritual Victoria is that two Ley Lines intersect the city, one North-South, another East-West. I've plotted many of the haunted sites and they draw a clear line from the seventh hole at Victoria golf course, all the way west to the inner harbour, and up to the north from there.
So the question going through many of your minds is; "What the hell are Ley Lines?"
The term was invented by Alfred Watkins in 1921, who happened to notice that many of the ancient pagan and religious sites in England (many built over older pagan sites) all seem to follow straight lines. "Ley" is based on an Anglo-Saxon term meaning 'cleared strip of land'. 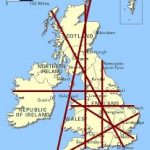 Ley Lines In England As Drawn By Marian


What we refer to as Ley Lines are known in many cultures worldwide. The Shamans of South America call them Spirit Lines. In China, Dragon Lines. To the Aboriginals of Australia, they are Dream Lines. Most sacred monuments in the world, including Angkor Wat, Machu Picchu, the Egyptian Pyramids, Easter Island and Stonehenge to name a few, are found along intersecting Ley Lines, like Victoria.
The ancient peoples of this planet knew of these Ley Lines. It is known that birds often migrate along magnetic meridians, which in essence is what the Ley lines are. The magnetic meridians of the Earth.
The Earth has a natural electromagnetic field, known as The Schumann Resonance, which registers at 7.8 Hertz. (To some, this is the heartbeat of Mother Earth.) Where Ley Lines are believed to cross, the charge is greater and causes a fluctuation in that field. (More of this to come in a future novel, working title Seeds of Ascension. You'll have to wait a bit though!).
Ley Lines are described by many Spiritualists as the energy chakras of Mother Earth. If you believe we are all connected to this realm, Mother Earth and the universe, and that in essence we are also a universe within ourselves, one can become in tune with this electrical current. Current that winds around the Earth like strands of DNA.
Yes, pretty heady woo-woo talk for a mere blog.
But I've been known to be a deep spiritual shamanistic person. So bear with my ramblings as we come back to Victoria.
What is known is that many of the First Nations graves (entire graveyards, back in the 1800's) were merely covered over as the city expanded. Even the entire Songhees village across the inner harbour was bought, the natives moved and the land paved over. Oh, yes, I've heard the money was supposed to go to them, but vanished into city coffers.
So what happened to the spirits buried within those coffins. Are they trapped here along with the later settlers? Can some pull memory or knowledge from these beings? Are they happy being trapped here?
This brings me to another point. Trapped within Victoria is a time vortex. Eerie I know. But many have reported to travel down Shelbourne and Hillside in the wee hours when the paved street disappears before them and they are instead travelling down an old gravel road. A minute later everything warps back to the present.  Yes, you read correctly.
So, bearing in mind the thirty or so well corroborated ghost stories I've researched, if anyone can claim that any city in the world is more haunted than Victoria, I'd be very interested to hear about it.
PS. If you have any ghost stories of Victoria and want to share them, let me know via email.
See you next month!

Frank Talaber
Email: twosoulmates@shaw.ca
Writer by Soul.
A natural storyteller, whose compelling thoughts are freed from the depths of the heart and the subconscious before being poured onto the page.
Literature written beyond the realms of genre he is known to grab readers; kicking, screaming, laughing or crying and drag them into his novels.
Enter the literary world of Frank Talaber.