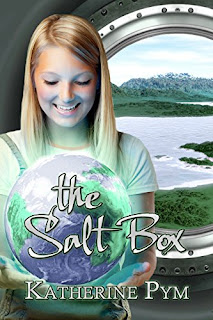 Buy Here, A Story for All Ages

I once saw a BBC production where a village nurse found several children—brothers and sisters—alone in a house located at the edge of town. Their parents were nowhere to be seen. They were desperate and hungry, and all of them had orange skin. This stumped the nurse, until she realized they ate carrots for sustenance.

Recently, I ran across an account of a 12th century mystery yet to be resolved. A young brother and sister appeared without explanation or reason in the hamlet of Woolpit in East Anglia, during the reign of King Stephen. They wore clothing of unknown origin and spoke a foreign language. The most peculiar difference: their skin was green.

No one knows where they truly came from. It is all very ‘unearthly’.

William of Newburgh, 12th century, who enjoyed chronicling the kings of England. While writing of King Stephen, he threw in a paragraph or two of green children.

From his manuscript, ‘…four or five miles from the noble monastery of the blessed king and martyr, Edmund; near this place are seen some very ancient cavities, called “Wolfpittes,” that is, in English, “Pits for wolves,”’ (Hence Woolpit). …‘During harvest, while the reapers were employed in gathering in the produce of the fields, two children, a boy and a girl, completely green in their persons, and clad in garments of a strange color, and unknown materials, emerged from these excavations.’ (wolf pits)

The story goes on to say the harvesters took the children to the village, but they would not eat anything put before them, until at one point beans were brought in from the field. The children, who were starving, grabbed the stalks, but there were no beans. The villagers handed the children bean pods and they ate ravenously. They refused all other foods until months later, they tried bread. As the children became accustomed to other foods, their green color diminished. They learned English, and were baptized.

Asked where they had come from, they replied, ‘”We are inhabitants of the land of St. Martin, who is regarded with peculiar veneration in the country which gave us birth.” Being further asked where that land was, and how they came thence hither, they answered, “We are ignorant of both those circumstances; we only remember this, that on a certain day, when we were feeding our father’s flocks in the fields, we heard a great sound,”’ which they likened to the chimes of bells. They had become entranced and somehow found themselves in the Woolpit fields.

The children were asked if people of their land believed in Christ, and were there churches. They replied, ‘”The sun does not rise upon our countrymen; our land is little cheered by its beams; we are contented with that twilight, which among you, precedes the sunrise, or follows the sunset. Moreover, a certain luminous country is seen, not far distant from ours, and divided from it by a very considerable river.”’

The other chronicler, Ralph of Coggeshall, wrote of the green children in the 13th century. His account seems to be separate from Newburgh’s, and came from the man who looked after the children. According to Coggeshall, the children were lost chasing their father’s cattle. They sought refuge in a cave, but hearing the sound of bells, followed the chimes to Woolpit.

The boy died not long after their baptism, but the girl grew to adulthood where one source says she married a man from King’s Lynn in Norfolk, and another that she married an ambassador of King Henry II. Some said the girl, whom they called Agnes, never acted like the ladies of the area. She was always different.

How the children came to Woolpit is a mystery. If they had come from the sea, how did they find the village, which is 18.6 miles from Ipswich, 37.2 miles from Aldeburgh, and 38.2 miles from Dunwich. That’s a good ways on foot, even today. These children were very young. How could they have traveled this far alone?

The girl mentioned a river, but there is no river in the direct vicinity of Woolpit. One source says there is/was a river not far from Bury St. Edmunds. There is a River Lark near Fornham St. Martin. Are there caves nearby? Where would the children have come from where there is no direct sunlight, and everyone’s skin is green?

Explanations:
One is that the children suffered from arsenic poisoning. Another, hypochromic anemia (chlorosis), which is an iron deficiency, and would have made their skin green. Yet another theory postulates they were the children of Flemish immigrants who were persecuted and killed—possibly in the battle at Fornham in 1173. But how did the children escape a battle? Why would they even be allowed near a battle?

Why was their skin green? Did they wander the fields, eating beans until found?

I do not know. It is a mystery, not so much that the children ate beans to survive, but that the land they had come from was always in a dull murk. Where would that place be?

~*~*~*~
Thanks to:
William of Newburgh, The History of English Affairs or Historia rerum Anglicarum, A history of England from 1066 to 1198, The Great Library Collection by R.P. Pryne, Philadelphia, PA, 2015 & a reprint from original publication of AD 1220.
Who were the Green Children of Woolpit? https://www.quora.com/Who-were-the-Green-Children-of-Woolpit-2/answer/Spencer-Alexander-McDaniel