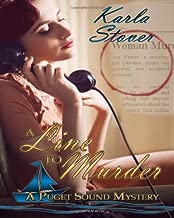 I mostly listen to talk radio while driving, but all too often something catches my interest and my brain goes off on a tangent. Recently, it was a program discussing the current lack of variety in music. I wouldn't know about that as far as contemporary music goes, but I do know a lot of lyrics have grammar errors, and when I hear or remember one of those songs, I try fixing it (mentally, of course) in order to see if the song would be radically changed.

"I can't get no satisfaction"comes to mind. Here's part of the second verse:

"When I'm drivin' in my car, and the man come on the radio
He's tellin' me more and more about some useless information"

Why not, "comes" instead of "come?" It changes nothing that matters. Also, "the man" isn't telling about useless information, he's providing useless info. Would the song convey the same feelings if the lyrics were"

I don't get any satisfaction.
When I'm driving in my car (and including mention of the car probably isn't necessary) and a man comes on the radio / He's giving me more and more useless information.

Hmmm. Not sure the editing works.

Lee Greenwood's "God Bless the USA" gets right off to a bad start. "I'm proud to be an American where at least I know I'm free."  Fixing the line to "live in America" changes nothing in the sentiment.

Does Eric Clapton's "Lay Down Sally" mean he's putting Sally on a bed or something? No. he's actually telling her to lie down. Bob Dylan did something similar with "Lay Lady Lay." Tsk, tsk, and he was given a Nobel Prize for literature.

James Brown's "I feel Good" should be "I feel well." And "Ain't no sunshine when you're gone" should, of course, be "isn't any." There's also Elvis's, "Love Me Tender" but "tenderly doesn't work with the beat.

And now, my brain has digressed. I always wanted Paul Anka or Prince Charles or someone to change the words of "Diana" to "You're so young and I'm so old . . ."  And does anyone else find the lyrics to George Harrison's "My Sweet Lord" tedious? Which brings me to the Harrison Ford movie, "Witness." He sings the Sam Cooke song, "Wonderful World." Golly, even if it was Harrison Ford professing his love to me, the fact that he was such a dunce in school and couldn't remember most of what he studied, I'd wonder if he was a low-life looking for a Sugar Mama.

When I was thinking about grammar errors in song lyrics I, of course, Googled and saw that most  of these songs appear on other people's lists so it's not an original idea, but I did think about it  and them before I Googled.
By Karla Stover at February 11, 2020