Why I love research—Part 2—Tricia McGill


I think I may have mentioned it before, but I am an avid Dr Who follower. Some complained when, after his last regeneration, he became female for the first time in the series’ history. I like Jodie Whittaker as the Doctor, and think she does a remarkable job. She brings just the right amount of humour to the role. As is usual practice on social media, rumours have been swirling that she is about to give up the role—which apparently has proven to be just unfounded rumours. 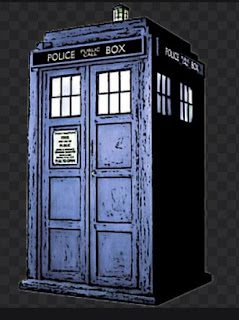 research journey was the one titled “Nikola Tesla’s Night of Terror”. The Doctor and her sidekicks met up with Tesla in 1903 New York. For those who have no idea what or who the Time Lord Dr Who is, and surely there are not that many, he/she travels through time and space in the TARDIS (Time and Relative Dimension in Space). How I wish I had thought up the brilliant idea of using an old-fashioned police call box as a time machine. I do tend to wonder why at times people don’t seem that surprised when it suddenly appears nearby.

Tesla’s archenemy Thomas Edison was there too, annoying Tesla as apparently he did in life. A mysterious being is about to shut down Tesla’s generator plant at Niagara Falls, and to add to that Tesla has intercepted a message from Mars. Scarier, is that these huge metallic creatures interfere with the whole procedure. (I often get a bit confused with the monsters in the series, but they frequently appear in differing shapes and sizes). Obviously they come from somewhere far out in space to put a spanner in the works. 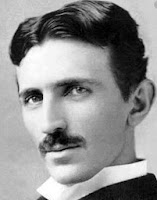 Anyway, it sparked my interest and influenced my search for more information on the renowned genius. Nikola Tesla was born in modern day Croatia (Serbia) in 1856. Doctor Who portrayed the man as a hero who did not fully receive the recognition he deserved. Among Tesla’s scientific achievements was his research findings that led to the Tesla coil, and his contribution to the alternating current electricity Supply system.

Unfortunately, there was a dark side to his personality, which is mostly underplayed. He was a firm believer in the study of arranging reproduction with the human population so as to increase the occurrence of heritable characteristics thought of as desirable. He was a believer in eugenics. In 1935 his beliefs were published and these reports were uncovered by The Smithsonian a few years back.
https://www.smithsonianmag.com/history/nikola-tesla-the-eugenicist-eliminating-undesirables-by-2100-130299355/

His belief was that eugenics would be universally established by 2100, aimed primarily at weeding out the less desirable strains of humanity. Rings a bell does it not with another power hungry maniac. Nonetheless, we cannot ignore the fact that he had an amazing mind. He designed and tested his inventions using just the power of concentration. He never made a sketch, yet could build precise models of his inventions. Sadly, his intelligence was sharpened by this intense power of concentration, which tortured him from childhood. There is little doubt he suffered from obsessive-compulsive disorder.

In late life, he claimed that he contacted superior intelligent beings from Venus. There is no getting away from the fact that Tesla’s inventive mind improved the lives of billions of humans around the world.

Perhaps to be a genius one also has to be tagged a mad scientist.