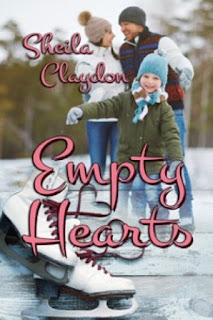 Click here to find my books at Books We Love

I've just discovered a wonderful new word - librocubicularist! It refers to a person who reads in bed, and was invented by an American novelist, Christopher Morley, in the early 1900s. As someone who regularly reads in bed, I have adopted this word. It makes my late night and early morning reading sound like an important, even essential activity.

I have friends who also read in bed, while others do something I can never do, pull up the covers, switch off the light and go straight to sleep. One friend, however, is such a bad sleeper that when she wakes in the middle of the night and is unable to get back to sleep, she will read for an hour or two. Does this give her librocubicularist points? How much bedtime reading constitutes a seasoned librocubicularist - 30 minutes, an hour, daily, weekly. Does a five minute chapter count?

Discovering a new word is like finding treasure for a writer, even though I can't begin to imagine where librocubicularist could feature in my romantic fiction books. Having found one, however, I went looking for more and discovered aestivation. This is the summer equivalent of hibernation. It is lolling around in the heat of a hot summer day, so another word I can adopt for myself. Aestivating is definitely something I enjoy, preferably with a cold drink to hand, and an interesting book.


And lastly here is a very new one. Haiflu! Invented, as far as I can tell, by the poet Liv Torc, and promoted on National Poetry Day, it is half-sibling to the Japanese Haiku. The Haiku is a poem of seventeen syllables, in three lines of five, seven, and five, that traditionally evokes images of the natural world whereas the flippantly named Haiflu is the response of a poet to the Coronavirus pandemic. This one, which I love, is credited to Demi Anter, and is illustrated by a photo of a dog looking out a window:

Porridge for the twelfth
damn day in a row; I am
now made of porridge


I don't think any of the characters in my books are poets, or even prolific readers, and maybe I should think about that when I write my next one. Of them all, Holly Williams in my Retro Romance Empty Hearts is the closest. As an ex journalist whose visit to Moscow includes acting as a nanny to a five year old boy while researching for a book, she is probably a librocubicularist. Whether she would like Haiflu is a moot point, but while I think I might try to write one myself, I have just discovered that another BWL author, Susan Calder, is the winner of a traditional Haiku competition! Check out her post of 12 September. The words and images are lovely.