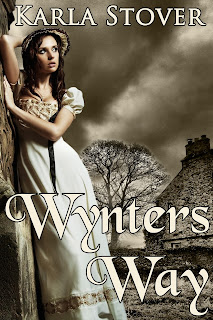 Every morning my husband and I drive out to the woods and walk our dog. There is always so much interesting stuff to see. Like right now, mushrooms are everywhere. And all summer long wild flowers bloom, my favorites being a shrub called ocean spray and madrone, a tree native to the Pacific Coast from British Columbia to Northern California. Right now it has clusters of red berries which many birds love. However, all waxing nostalgic aside, to get to the forest, we have to drive past new housing developments. (Hear me heave a heavy sigh).

It’s not that I don’t want people to have homes; it’s just that they all look alike; right down to the colors they are painted.  They make me harken back to a song called “Little Boxes” that my mother used to sing. A woman named Malvina Reynolds wrote it in 1962 for her friend Pete Seeger and when in 1963 he released his cover version, “Little Boxes” became a hit.

The song was written as a “political satire about the development of suburbia and associated conformist middle-class attitudes. It mocks suburban tract housing as ‘little boxes’ of different colors ‘all made out of ticky-tacky’, and which ‘all look just the same.’” “Ticky-tacky" was “a reference to the shoddy material supposedly used in the construction of the houses.” I’m not saying the ones we pass were built of shoddy material, it’s just that they’re boring to look at and don’t have yards where children can play.

An interesting bit of trivia. In addition to being an adjective for 'poor quality,' shoddy is also a noun for "an inferior quality yarn or fabric made from the shredded fiber of waste woolen cloth or clippings.  Mattresses used to be filled with shoddy.

When the song hit the airwaves (it reached number 70 in the Billboard Hot 100), there were three opinions: a fellow satirist named satirist Tom Lehrer described it as “the most sanctimonious song ever written.” Leher probably knew whereof he spoke; his songs included, “There’s a Delta for Every Epsilon,” “The Love Song of the Physical Anthropologist” and “Dodging the Draft at Harvard.” Meanwhile, an unnamed university professor said, “I've been lecturing my classes about middle-class conformity for a whole semester. Here's a song that says it all in 1½ minutes.” And historian Nell Irvin Painter offered her thoughts, pointing out “that the conformity described in ‘Little Boxes” was not entirely a bad thing, and in the case of suburbia, “it was a sameness to be striven toward.”

If these comments were about writing they would” warn about conformity, (I’m reminded of the Evanovich series) scoff at piety, ( The ‘Father Tim’ books were huge hits when they came out), or embrace “sameness,” (every cozy ever written.)

Which would you choose?