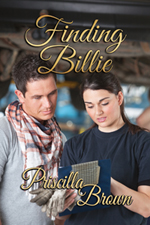 For mechanic Billie, repairing cars is easier than perking up her love life,
until a chance encounter with an old friend races her under-nourished hormones into overdrive.

I do like the garden to look clean and tidy, but I don't particularly enjoy the processes necessary to achieve that condition. And weeding is perhaps the most disliked garden chore. Where do they all come from, these unloved unwanted plants? 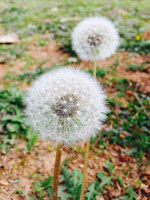 As I grubbed out unidentifiable green shoots from the gravel path, dug out more robust specimens from the rose bed and dumped the detritus into the compost bin, my mind was not on the possible virtues of dandelions or the suspicious appeal of a thistle, but on how much work, 'weeding', I need to do on the draft of my current contemporary romance novel.

Revising, and later editing, fiction writing can be considered similar to weeding the garden, getting rid of those irrelevant words, phrases, sentences, perhaps whole chapters or a character or two. I've found that some 'weeds' belong not in the novel in which I've placed them but elsewhere, in a completely different story where they can be re-categorised as 'wanted'. I transcribe others into my hard cover notebook for possible future use, while scraps are simply junk dealt with  by the delete key.

Weeding, both the garden effort and the written endeavour, is hard work, but what satisfaction when both the vegetation and the creative writing have been successfully tackled! I know which I'd rather do, so while the exterior weed population is probably already re-asserting itself, my story in progress is benefitting from a targeted weed attack.

If you're a gardener with weeds that bother you, good luck with getting rid of them.