After a year of isolation, thoughts turn to spring. Writing this as a major snow storm works its way across the country, there is the question of when will spring come. Before the days of widespread, instantaneous communications via radio, television, and the internet, people still needed advance information on the weather. The first thing that comes to mind regarding predictions of what the weather will be or the severity of a winter is The Old Farmer’s Almanac.

However, people are not the only ones who can prognosticate. Animals can see and hear things that people can’t, a fact that’s been known for essentially all of human history. From a groundhog and woolly bear caterpillar, to geese, cows, hornets, and other animals, we still look to many animals to predict the weather.

If the groundhog sees its shadow on February 2, six more weeks of winter remain. If it does not see its shadow, spring has arrived. Perhaps the most well-known is Punxsutawney Phil. However, the National Climatic Data Center estimates Punxsutawney Phil’s accuracy at 39%. The Pennsylvania groundhog is not the only weather oracle. Among them are Staten Island Chuck who lives at the Staten Island Zoo. Chuck, more formally referred to as Charles G. Hogg, did better. He had a ten-year span of correct predictions. However, the ceremonies weren't always smooth sailing. During one event, he bit the Mayor of New York City. Across the river, New Jersey resident Essex Ed makes his own determination of spring’s return. He has since diversified and now also prophesizes on who will win the Super Bowl.

More than just American groundhogs issue a prophecy about the return of spring. Shubenacadie Sam, who lives in Shubenacadie Wildlife Park in Nova Scotia, is typically the first groundhog in North America to make his prediction on Feb. 2, since it gets the earliest sun and is an hour ahead of Eastern Standard Time on Atlantic Time.

A point to remember is that a forecast based on only one saying is rarely accurate. When several phenomena pointing toward the same forecast are observed, however, many an old farmer will tell you the folk sayings can be extremely reliable.

Weather is not the only thing animal oracles can predict. Sports-predicting animals include a rhinoceros, a miniature pig, a kangaroo, several sharks, a goat, a panda, and an elephant. Each has their own method from eating a treat decorated with the desired team’s logo to using a paint brush to mark the team’s shirt draped over an easel.

For many years, Ozzy, a 680-pound grizzly bear at ZooMontana expressed his choice to win the Super Bowl by eating a treat with the team’s symbol on it. He retired from his position as Super Bowl prognosticator to be replaced by Sid the Wolverine.

Paul the Octopus at the Sea Life Centre in Oberhausen, Germany, specialized in predicting the results of international football (or soccer to some of us) matches His 85.7% correct rate in the 2010 World Cup brought him worldwide attention as an animal oracle.

By the time this post goes live, Punxsutawney Phil, Staten Island Chuck and their kin will have made their predictions. Super Bowl 55 will be over and the champions crowned. What prediction remains to be seen is whether spring will come early or not. 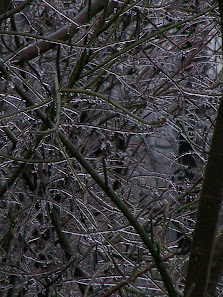 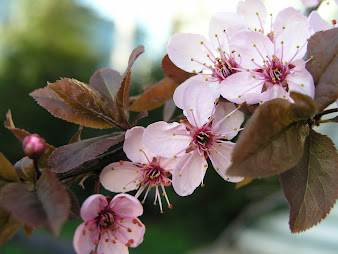 Winter/Spring photos by the author.

~Until next month, stay safe and read. Helen

Helen Henderson lives in western Tennessee with her husband. While she doesn’t have any pets in residence at the moment, she often visits a husky who has adopted her as one the pack.