Going Away for a Virtual Writing Retreat by Eileen O'Finlan 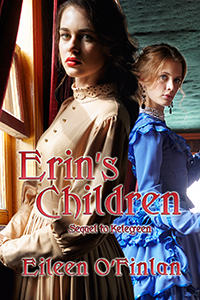 Click here for purchase information
Click here to visit Eileen O'Finlan's website
One of the few positive things about being shut down by the pandemic is the plethora of events that have been offered virtually. So often there are things I'd love to go to, but due to travel and expense it just isn't possible. So I was thrilled to be able to register for two conferences I would not have otherwise been able to attend. The first was a writer's retreat hosted by Career Authors held on May 7-8, 2021. The second is the upcoming Historical Novel Society Conference June 21-27, 2021.
The Career Authors retreat is normally held in the Endicott House at MIT. While travel time would not have been a problem, expense would have been. But that was considerably reduced by the fact that it was offered virtually making it affordable for me to attend.
Fellow author and friend, Jane Willan, was also registered so we decided that rather than spending the whole retreat sitting home alone at our computers, we should make it feel more like the "real thing" by booking a room at a local hotel. Both of us are fully vaccinated and since we'd be ensconsced in the room most of the time, we figured it was safe.
The night before the retreat began we met for dinner at a local restuarant. It was the first time either of us had eaten at a restaurant in over a year. We worried whether we would forget what to do! Fortunately, that was not a problem. After a delicious dinner, we headed over to the hotel and settled in.
The next morning, after a breakfast where we were almost the only guests in the hotel's restaurant, we returned to our room and logged on. There was a moment (well, longer than a moment) of frustration when Jane couldn't get her laptop to cooperate. All 50+ attendees were taking turns introducing ourselves and her laptop refused to unmute. Frustration turned to desparation when pondering an entire conference in which she could not join the conversation. A quick call to her tech-savvy husband brought him right to the hotel. He had her set up in no time and we were good to go!
It was an intense weekend - the first day going from 8:30 a.m. until 6:30 p.m. with only a few short breaks and the second day from 9:00 a.m. until the workshop ended at 1:00 p.m. I never felt so exhausted after a day of sitting at my computer as I did at the end of the first day. But it was worth it. With the Career Authors founders, best-selling, award-winning authors Hank Phillipi Ryan, Jessica Strawser, Paula Munier (also a literary agent), Brian Andrews, and editor Dana Issacson as presenters the weekend was filled with amazing content that could not help but improve our writing and our understanding of the publishing process. Best of all, we each got some one-on-one time with one of the presenters. Jessica Strawser became my mentor for a brief period and what a joy it was to have this amazing author and former Editor in Chief of Writer's Digest Magazine offering me her advice and guidance.
I'm truly looking forward to the Historical Novel Society Conference later this month. As that is of a longer duration, I'll be staying home. Nonetheless, I am grateful that I will be able to partake of what promises to be a stellar conference.
My advice to writers is to make the most of the opportunity to attend virtual conferences, workshops, and retreats while you can, especially those you would not be able to attend in person. 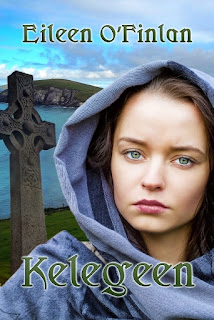