What is Special About the First of January? 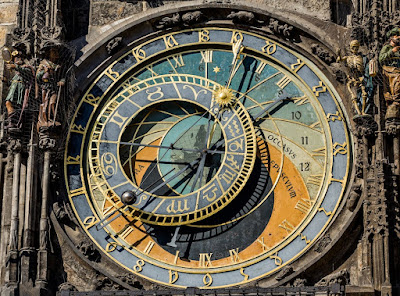 The first of January, also known as the New Year, is the largest celebrated holiday in the world. In almost every country, whether Japan, Australia or Brazil, the day is marked with festivities, firecrackers and feasts.

Astronomically speaking, January 1st is an odd time for the New Year. It signifies neither the spring nor the fall equinox, nor does it coincide with either of the two solstices. It lies in the middle of the earth’s journey between the Zodiac constellations of Capricorn and Aquarius and doesn’t match with the end or beginning of any of the seasons.

In original cultures, spring marked the beginning of a New Year, logically enough, since the season marked rebirth—of plants and crops, after the barrenness of winter. It’s the season when, according to natural cycles, animals and birds mate. In China, the Spring Festival coincides with the New Year. According to the ancient Babylonian, Egyptian, Indian, Iranian and Mayan calendars, the year commences with the spring Vernal Equinox, usually in March or April, when the sun starts its northern journey.

So how did January 1 become the beginning of the New Year? The first instance occurred in Rome, in 153 BC, under the rule of Julius Caesar. It marked the Roman civil year, when Roman consuls, the highest officials of the Roman republic, started their one-year tenures. After the fall of the Roman Empire, medieval Europe banned January 1st as the New Year, considering it a pagan holiday, and replaced it with the 25th of March, which roughly corresponds to the date of Jesus’s death and resurrection.

The use of January 1 as the New Year can be traced to the Gregorian calendar, introduced by Pope Gregory XII in 1582 as a way to correct the Julian calendar. The imprecision in the Julian calendar, which added a full day every hundred-and-twenty-eight years, created difficulties for the Church in calculating Easter, celebrated on the Sunday after the ecclesiastical full moon on or after the twenty-first of March. European scholars had been well aware of the calendar drift since the early medieval period. After much debate, in 1622, the Catholic Church adopted January 1 as the beginning of the New Year.

Many people in the world follow two and, sometimes, more calendars, pertaining to their cultures and their religious holidays. Best wishes for the New Year, whenever you celebrate it!

Mohan Ashtakala (www.mohanauthor.com) is the author of  "The Yoga Zapper," a fantasy, and "Karma Nation," a literary romance. He is published by Books We Love (www.bookswelove.com)