Hidden in the Hills by Eden Monroe 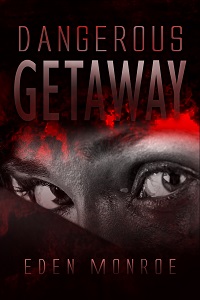 Think of a pristine, whitewashed village set against a backdrop of mysterious mountains, a land of wood and water that boasts more than its fair share of natural beauty.

A settler from Yorkshire, England was the first to tame this once wild place, hewing a life from the dense forest that surrounded him. More settlers followed and so the community of Elgin, New Brunswick was created, a welcome setting for my romantic suspense, Dangerous Getaway.

Standing in the heart of the village now, generations after that first axe blow struck giant timber, there is the usual fare of a post office, volunteer fire department, meeting hall, church, restaurant, convenience store and the like, but mere remnants of what it was in its heyday. Not far away stands a sizeable graveyard, awash in granite, where the remains of those who once called this idyllic corner of the province home lie in rest.

Many carved out farms and homes far above the bottomland, but today much of that higher terrain remains uninhabited and pristine. Cast your eyes to these heavily forested mountains that rise around you and imagine darker possibilities, a different story. Let yourself wonder what goes on up in those hills after dark, or maybe right now as you gaze to the horizon in the full light of day. Ask yourself, as your imagination continues to take flight, do we ever really know our neighbours? All of them? Any of them? When we look to those mountains, this time with a more inspired eye and see them reaching as far as they dare into a fading blue sky, we might think about what could be tucked away up there. The unknown…. Sometimes secrets are revealed over time, reality leaking out when least expected, but it seems the wife is always the last to know. In Dangerous Getaway, she cannot be spared the inevitable nightmare.

These are foreboding thoughts, especially with darkness waiting ominously to draw the curtain closed around us. It’s only a short way off although the sun remains defiant, but steadily sinking. Soon it will shine its waning light upon neatly kept flowerbeds, tidy lawns and chimney tops. So before dusk steals full upon us let’s continue on our way, straight ahead, up a hill, around a bend or two, where the countryside has already been overtaken by deep shadow. Here waits a bolder brush with the Pollett River, spartan cottages clinging to the steep bank that hugs the narrow busy road.

During summer and fall the Pollett sparkles in well-behaved silence for the most part, save for the occasional mutinous tumble as it steadily drops in elevation. Here it meanders over craggy bedrock, resting it seems from the chicanery of spring when, drunk with freedom, it rushes in a furious white water surge that challenges boats and homemade floating devices of every description in a mad dash called the Pollett River Run.

Everything is calm now, the last light of day snuffed out with not a breath of wind to stir the trees as nature prepares to settle down for the night, the resonance of birdsong slowly dying away. Again there are those mountains, modest peaks in the Appalachian range, ancient and eroded, tempting, luring, offering the perfect getaway for those seeking sweet respite from the proverbial rat race here below. Nestled away up there somewhere is the fictional Birch Shadow of Dangerous Getaway, and oh how I enjoyed telling that story. And what better fun than to entertain a madman in the process? My apologies here to Elginites one and all because he was not drawn from local ranks, but rather emerged straight from the vagaries of my imagination. Shaw Garland of Dangerous Getaway solicits guests to his picturesque hideaway in those hills, and what happens after that is … well… unforgettable. 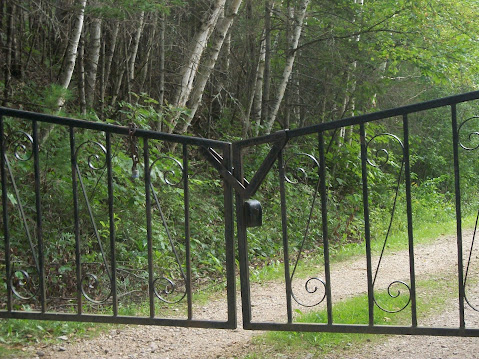