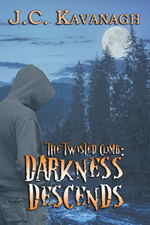 A few weeks ago, I was able to attend a Cheer (Cheerleading) competition in Ottawa, Canada. My granddaughter, Elise, has participated in this sport for about a year and this was my very first time to see her team, and other teams, in full-out action. And my-oh-my, was there action.

I sat on a bleacher close to the stage and watched in awe as the first cheer team came on stage. 'Came on stage' does not do justice to what transpired. These young girls lit up the stage with so much energy and verbal cheering that I nearly came to my feet to cheer them on. The joy and delight on their smiling faces and the incredible, immense energy that surrounded them, well - quite honestly - I was overwhelmed. I was no longer part of the audience. Instead, I felt myself transported and connected to their positive vibe in such a way that it brought tears to my eyes. Their uplifting enthusiasm evoked the sweetest emotion - they literally melted my heart. My tears were happy tears, a joy so deep I couldn't help but cry. This was team-work like nothing I've ever witnessed before. Their boundless joy and energy stirred me as only a spiritual awakening could.

If I had known that Cheer was so intensely fun and so key on teamwork, I would have placed my daughter in Cheer classes when she was a little girl. But alas, Cheer in Canada was almost non-existent back then. It has risen in popularity and now there are multiple, accredited organizations across Canada. Pictures above sourced from SmugMug,
official photographer of the Canadian Cheer Big East Blast Event, May 2022

I love history so of course I had to research the origins of 'Cheer.' Way back in the day, about 1860, the British introduced 'yellers:' men who would 'yell' out words of encouragement to the sports teams. These 'yellers' were always men as it was unbecoming for ladies to be loud and boisterous. This form of cheering proved to be quite acceptable to the crowds and also the sports teams and soon, the ritual of cheering and chanting-in-unison came to the Americas. The idea of repeating what the 'yeller' yelled, was wholeheartedly embraced.

Universities in the U.S. introduced organized cheerleading in 1869 for intercollegiate football games. Why the term 'Cheer Leader?' Because the men were cheer-leaders. Get it?

Female participation in cheer leading was poor until World War II, because many college-aged men were fighting overseas. Since then, the inclusion of girls has caused the sport to increase by, literally, leaps and bounds. Cheerleading became so popular that in the 1950s, some National Football League (NFL) teams in the U.S. introduced their own professional cheerleaders. In 1965, a former cheerleader by the name of Fred Gastoff, invented and patented the vinyl pom-pom. Even now, the pom-pom is widely used in competitions and sports arenas. With the advent of the pom-pom, skimpy outfits and daring gymnastic moves, cheerleading squads became even more popular, particularly after the 1976 Super Bowl game featuring the Dallas Cowboys cheerleaders.

Today, Cheer competitions are held in countries across the globe. They are meticulously orchestrated, strenuously practiced and well known for not only the 'cheer' aspect, but for the high-calibre gymnastic routines.

Here are a few Cheer terms you may not be familiar with:
Stunting - the formation of a human pyramid;
Flyer - the person at the top of the pyramid;
Base - the people at the bottom of the pyramid holding the flyer(s);
Spotters - those at the front and back of the pyramid ready to assist the flyer.
In Book 3 of The Twisted Climb series, to be published in November, it's up to the Reader to decide if they should cheer for Jayden, Connor and Max, or cheer for the villains, Patty and Dick. What? Is Dick still a bad guy? What's happening in the dream world. But wait - what is the 'un-world' and why are they in it?