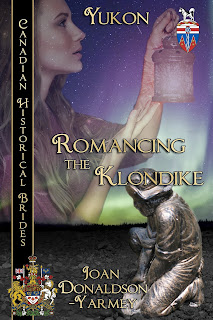 Be Careful What You Wish For is an old saying with an ominous warning to it and Every Cloud Has A Silver Lining is also an old saying but it has an upbeat tone to it. Both of them apply to my story.

Be Careful What You Wish For

For years women who had had breast cancer surgery were told not to use their arms for any strenuous activity for fear of causing lymphedema, a build up of fluid in the arm. Don McKenzie, a Canadian sports medicine specialist at the University of British Columbia, opposed this idea. In 1996, he formed a dragon boat team composed of 24 women with a history of breast cancer in Vancouver, B.C. They called themselves Abreast in a Boat. And they proved that strenuous exercise was good for their arms and for their overall health.

A few years later, they entered in the Vancouver dragon boat festival and I saw them on the television news. I had never heard of dragon boating before and I said to my husband. "That looks like fun. I'd like to try it sometime."

In January of 2001, I was doing a breast self examination and found a small lump. My annual mammogram at the Breast Centre in Edmonton was scheduled for February but I called the centre and told them my news. They booked me an appointment in two days. Although no one said the C word, after the questions, the mammogram, and the ultrasound, I was pretty sure it was cancer. Then I was told that I needed a biopsy and that it could be scheduled for the next week. However, they added "We have an opening in the next hour and we can do it today." I knew for sure it was cancer.

At my pre-op session a woman came in to tell me about a group of women living with cancer or who had had breast cancer that met every month for coffee and to offer support. I asked her if she knew of a breast cancer survivor dragon boat team in the city. She found the contact information for Breast Friends and two weeks after my surgery I joined the team. I wasn't allowed to get in the boat until three months after my last radiation treatment so I didn't get to actually paddle until 2002. Each summer we practiced on the North Saskatchewan River and attended dragon boat festivals in Alberta and British Columbia.

When I moved to Vancouver Island in the fall of 2004, I joined Angels Abreast in Nanaimo. We practiced in Departure Bay (staying out of the way of the ferries) and on the narrow strait between Vancouver and Newcastle islands. We went to festivals up and down the island and in Vancouver.

Every Cloud Has A Silver Lining

In 2006, an international festival was held in Vancouver to celebrate the ten year anniversary of breast cancer dragon boating. Besides the teams from Canadian, teams came from the United States, Australia, New Zealand, Poland, Italy, and Asia. It was great to walk through the paddler's village and meet fellow survivors from around the world.

In Sept. 2007, another international breast cancer festival was held in Caloundra, Queensland, Australia, and Angels Abreast went to that. What a wonderful time we had. The residents of the city were friendly, the venue was excellent, and the hosts did a great job of organizing. The 100 teams of twenty-four paddlers, steersperson, and drummer paraded through the streets dressed in pink, and many people yelled "Canada" or honked their horns when they saw our Canadian flag hanging from our balconies. The festival lasted three days and again I met many special women. After the festival some of us toured around Queensland and New South Wales. We went out to the Great Coral Reef and even with my fear of heights I climbed the Sydney Harbour Bridge. From Sydney we flew to Fiji for a week.

The next international festival was held in Sarasota, Florida, on October 24, 25, 26, 2014, and the team decided to attend. The other members were going to fly down, tour around some of the sites and head home. I wanted more than that, so my husband, Mike, and I decided to do a three month tour of the U.S. Since I needed to be in Sarasota by October 22 to practice with the team, we picked September 23 as our leaving date and Dec. 16 as our return date. I applied for and was given three months off work.

We had such a great time touring through nineteen states. In Sarasota I stayed in the hotel with my team for the three day event. Again, such a wonderful venue, although at 6:00am it was dark and cool. Once the sun came up, we warmed up fast.

The last international festival was in Florence Italy in 2018. Again, rather than fly there for just the festival and maybe some local touring, I opted to spend nine weeks in Europe. I did two bus tours, travelled by train and stayed in hostels and hotels for eighteen days and then did a Baltic Sea cruise.

Since my diagnosis I have met so many strong, caring, fun-loving women plus I have visited some awesome places around the world. I am now back living in Edmonton and paddling with Breast Friends again. Only one woman is still with the team from when I paddled here years ago.

I am looking forward to paddling this year and many years to come, the silver lining to my cloud.