People of the Three Fires, by J.C. Kavanagh

In Book 3 of my Twisted Climb series, to be published later this year, the main characters (Jayden, Connor and Max) are once again called to 'cross over' to the dreaded dream world - a terrifying place where the sun never rises and the moon never falls. But this time, they are dropped into a deeper, darker place: the Un-World. It is here that the characters take on a new villain and it is here they discover the history of the other-worldly forces.

When I began writing this final book of the series, my initial theme was loosely based on a combination of Roman and Greek mythology, combined with a smattering of Mayan influences. However, my research kept circling back to the great Native Indian tribes of Canada, particularly those in the Great Lakes area. I came to realize that my type of storytelling is better aligned with the beliefs and traditions of the original peoples in my home country, Canada.

If you read my May blog, you would have learned about Manitoulin Island (Odawa/Ojibwe name (Manidoowaaling) meaning "cave of the spirit.") This island is the largest fresh-water island in the world and is located near the top of Lake Huron. Thousands of years ago, this area of the Great Lakes was home to several Indian tribes, though it is believed that all originated from one band, the Anishinaabe. This tribe travelled from the shores of the 'Great Salt Water,' presumed to be the Atlantic Ocean, and migrated to three places: the shores of Manidoowaaling (Manitoulin Island); Baawitigong (Sault Ste. Marie), and Michilimackinac (in the area on and around Mackinac Island). After several centuries, during which time the separate villages developed their own customs and traditions, a new tribal alliance was forged: the People of the Three Fires. 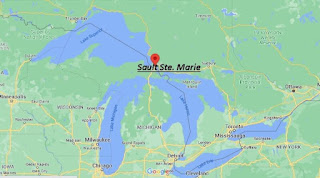 As the fur trade progressed and various countries began carving out the Americas, the People of the Three Fires developed a relationship with the French (Wemitigoozhi), the English (Zhaaganaashi) and the Americans (Gichi-mookomaanag).

For the Anishinaabe people, storytelling was sacred. It was their way of connecting young and old, of teaching messages and fairness. Most stories incorporated character growth that acknowledged human imperfection. In other words, storytelling elaborated on human error to prove that mistakes were an important part of character growth. Tribal elders were called "Knowledge Keepers" and were greatly respected for their wisdom, storytelling and awareness of tribal history.

The relationship between humans, animals and the environment was also considered sacred. The Anishinaabe traditions held that everything in the universe was connected and each had a place of importance and therefore respect. The Seven Grandfather Teachings was a traditional story, told for generation after generation about the sacred standards of life. These teachings centred around: Wisdom, Respect, Love, Honesty, Humility, Bravery and Truth. These teachings, in my opinion, need more reverence in our lives today.

Until next time, stay safe everyone! 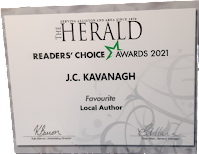