The Bottom Drawer by Priscilla Brown 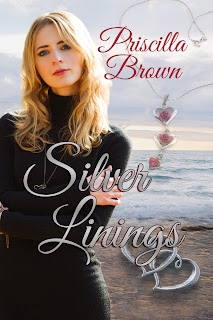 Cassandra doesn't throw anything away. She operates on the premise that one day there may be a world shortage of safety pins. So she doesn't discard the shoes ruined when  she  tripped on a drain to avoid being run over by Alistair.
https://books2read.com/SilverLinings 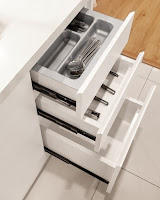 During a recent major kitchen renovation, the three drawers fixed under the bench became surplus to requirements. Their contents needed to be re-housed or recycled or headed for the garbage bin. Drawers one and two contained cutlery and teatowels, all neatly packed and transferred to their updated location. But the bottom drawer had always been opened only to drop in items with nowhere else to go, or simply for the ease of a quick storage. Sunglasses mislaid last summer, a packet of nails but no hammer, a screwdriver but no screws, garden scissors with blunt blades, and more 'stuff'', most of which went into the garbage.
Having dealt with this bottom drawer, I was on a 'drawer roll' and examined the contents of the bottom drawer of my writing desk. Would I  find the hard copy of a best seller hiding here? No, no attempts at creative writing, but in a folder I found undated magazine clippings of advertisements featuring possible characters. As a writer of contemporary romance, I had to smile at these people wearing clothing and hairstyles from at least twenty years ago. More recycling bin fodder.
In our mid- or late teens,  a girl friend and I started what we called our bottom drawer We stashed items we believed
would be useful when we married, which we confidently expected to do before long. As far as I recall, we bought cheap items from discount stores and markets. Each of us had a  boyfriend whom we considered as 'steady'. My girlfriend made the mistake of telling hers about her bottom drawer. He took off, never to be heard from again. I didn't tell mine, but I did enrol in a Saturday machine sewing course using provided machines. With fabric supplied by the tutor,we made a cushion cover.  Unfortunately for me, my boyfriend's mother was also a participant. Big mouth me, I mentioned to her that I thought he'd like the colour. Obviously she told her son. End of boyfriend. So much for my teenage bottom drawer.
I now have pristine bottom drawers in the kitchen and on the writing desk. How long before they become receptacles for assorted 'stuff''?
Happy reading, best wishes, Priscilla
https://bwlpublishing.ca
https://priscillabrownauthor.com