How Do You Come Up With All Those Book Ideas? by Diane Bator 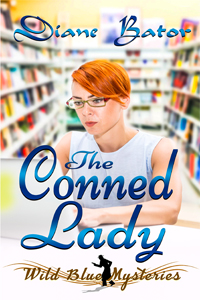 Studies tell us that the average human being has more than 6,000 thoughts per day. As writers, it can seem as though we have at least double that since our thoughts are conjoined with those of our characters.

Most writers are constantly taking in, processing, and developing new work whether consciously or not. Even when we’re doing something “mindless” like jigsaw puzzles or online games, there is a part of our brains that just never slow down or become distracted. They’re always working on plot holes and great sentences.

My significant other has grown used to seeing my vacant stare when I have an idea percolating. Or when I suddenly run from the room searching for pen, paper, or laptop then disappear down the proverbial rabbit hole for a while and he’s unable to get my attention even with bacon, wine, or cheesecake. A writer’s mind is a funny thing. We can be swayed by food or drink, but even that might cause sudden fits of writing as we insist, “I have a great idea!” It doesn’t always mean we actually do, but sometime those bursts of creativity can lead to something bigger. A scene, a chapter, or an entire novel.

What I find interesting is having people tell me I think differently than they do, which I used to take as a bit of a slight and wondered what was wrong with me. Recently, I spent a week with my mom who came to visit from across Canada. More than once she gushed, “I have no idea how you keep all those books and ideas straight.”

I suppose it’s the same way you get to Carnegie Hall. Practice! Pen to paper is the best way. Going with the flow of head to heart to hand. While most writers use computers these days, nothing beats the old school sound of a pen scratching paper. If you ever had writers block, give it a try!

So how do writers actually come up with the ideas they write for readers to become absorbed in for hours on end? Truth is, no one really knows. Not yet. The following is borrowed from a great article called The Science Behind What Writing Does to Your Brain - CraftYour Content. (The article is from 2017, but an interesting read!!)

“Expert athletes have trained their muscles to perform certain functions, and expert creatives can do the same with their brain.

Lotze and his team of researchers discovered that, while writing down their stories, the expert writers used an additional part of their brain — the caudate nucleus.

The caudate nucleus is the region of the brain that handles automatic functions, or functions that are practiced over time. For example, the act of handwriting letters on a page. You learned the letters when you were a toddler, traced them, and learned how to write them yourself. After years of practice, it’s now an automatic function. When that region is active, it means there is some form of memory involved.

What kind of memories are expert writers pulling from? It’s kind of hard to know what someone is thinking when their brain is cycling through ideas, sentences, and the many automatic functions it takes to write. Our technology is advanced, but not that advanced.

We could hypothesize that they are pulling memories from sentences they’ve formulated in the past, stories they’ve thought up before, or maybe even techniques they’ve learned about storytelling. But we may never know.

They also discovered that, in the expert writer’s brain, the regions that deal with speech and word formation (known as Broca’s and Wernicke’s areas) are used more frequently in the brainstorming stage compared to novice writers, who tend to visualize in pictures more. This could mean that, before even putting pen to paper, expert writers are already thinking about words or phrases they are going to use to tell their story.

It could also mean that expert writers have trained their brain to see things differently, to be more language oriented, and to visualize not just with the occipital lobe.”

Experiments and lobes aside, I’ve always found it fascinating—from a writer’s perspective—how other people DON’T see stories in everything. How things I find intriguing and inspiring, can be meaningless to the next person. While science keeps trying to explain what makes some of us writers, we just have to keep plugging along to create the stories and the worlds we love.

Intrigued? Here are a few more rabbit holes to dive down and find out more: 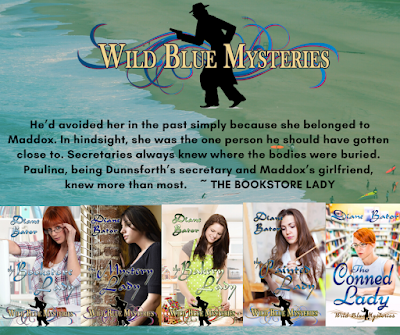