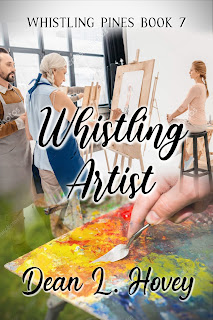 Readers familiar with my Whistling Pines cozy series know that quirky people and situations are regular plot components. I'm always on the hunt for a new plot or twist, and there's never a shortage of material. With a 2023 plot about arson in the works, I've been trying to keep the whirling ideas from congealing. Yes, my head is a swirling mass of plots, characters, and facts that mesh into a book. My tuba-playing friend and consultant, Brian, calls me billiard ball brain because he feels that the inside of my head must resemble a billiard table after the break, with ideas bouncing off each other like billiard balls until they come to rest in some pattern that becomes a plot.

It's wonderful to have tons of ideas, and a stream of plots coming from friends, readers, and the news. On the other hand, it's infuriating to be drafting a book when the billiard balls come to rest, demanding that I start a book outline and an opening chapter.

I'm about 75% though a first draft of Taxed to Death, a 2023 Pine County mystery, and my attention NEEDS to be on those final few chapters.

My writing was interrupted when my wife pointed out hundreds of small holes (1" diameter) that had randomly dug in our yard. It was our personal mystery. Who, or what, had excavated the holes? They looked like a random aeration of the turf. There were no footprints. There was no indication of what had been removed. It was stuck in my mind. That new billiard ball started rolling.

I tried to ignore it, but I mentioned it to some friends during lunch and there was consensus that a family of skunks had been digging up grubs (larval June bugs), which are apparently a skunk delicacy.

Finding that solution plausible, I fired off an email to a number of people, hoping to find someone who would volunteer for skunk removal/relocation duty. My fist response was from an old friend who suggested that it was more likely that the holes had been dug by an alien lawn aerator. I replied that having weighed the probabilities (yes, I have taken a couple statistics courses) of skunks vs. aliens, I'd determined that the likelihood of the holes being created by aliens was somewhat more remote than my odds of winning the Powerball. His response was brief, "I can't reply. My aluminum foil hat is interfering with my WiFi reception."

A new billiard ball was in motion; a vision of people wearing foil-wrapped baseball caps to ward off the effects of cosmic rays. I know these ideas will come to rest and weave themselves together with some other craziness that will become a future Whistling Pines plot.

In the meanwhile, I suggest that you read Whistling Artist so that you're familiar with my protagonist Peter Rogers, the recreation director of the Whistling Pines Senior Residence, and the cast of colorful supporting characters from that series.