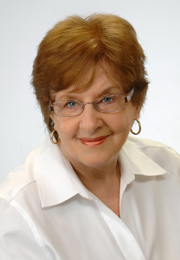 
Joan is featured in the book, The Mystery Writers, with Sue Grafton, Lawrence Block and other well-known and bestselling authors.


In addition to Joan Hall Hovey's critically acclaimed novels, her articles and short stories have appeared in a number of diverse publications. She has also held workshops and given talks at various schools and libraries, and taught a course in creative writing at the University of New Brunswick as well as tutoring with Winghill, a distance education school in Ottawa for aspiring writers.


Joan, your work has been compared to Alfred Hitchcock and Stephen King. How would you describe your suspense novels?

I'm always flattered to be compared with authors I admire, but I like to think my own writing is unique to me. Of course being a voracious reader all my life, I'm sure my writing has been influenced by many fine authors. We all stand on the shoulders of those who have gone before us and paved the way. I'm a big Stephen King fan. Other authors I enjoy are Edgar Allan Poe, Peter Straub, Ruth Rendell and more than I can list here. It's not easy to describe one's own novels, but I will say that I always strive to give the reader a roller coaster ride and a satisfying conclusion. And characters that will resonate with my reader long after the books is closed.

I like to write about ordinary women who are at a difficult time in their lives, and are suddenly faced with an external evil force. I didn't think a whole lot about theme until I had written a couple of books, but I realized with the writing of Chill Waters that my books generally have to do with betrayal and abandonment, and learning to trust again. And more important, learning to trust oneself. Almost any good book will tell you something about the author herself. (or himself.) You can't avoid it.

All my books are generally rooted in childhood. I draw on my life for inspiration and an emotional connection. Then I'm off and running. The seeds for Night Corridor, for example, were planted in my childhood. On Sundays, I went with my grandmother to visit an aunt in the mental institution, once called The Lunatic Asylum. She'd spent much of her life within those walls. They said she was 'melancholy'. Though the sprawling, prison-like building has long since been torn down, the sights, sounds and smells of the place infiltrated the senses of the 12 year old girl I was, and never left. Night Corridor is not about my Aunt Alice, but it was indeed inspired by her.


My latest novel The Abduction of Mary Rose was inspired by a true story as well. After her adopted mother dies of cancer, Naomi Waters learns from a malicious aunt that she is a child of a brutal rape. Her birth mother, a teenager of MicMac ancestry, lay in a coma for eight months before giving birth to Naomi, and died five days later. Feeling angry and betrayed, but with new purpose in her life, Naomi vows to track down the man responsible and bring him to justice.

Are your novels set in your home territory of New Brunswick, Canada? And what inspired them?

My novels are set in fictional towns that could be anywhere in New Brunswick or Maine, since the flora and fauna are similar. Although I did set part of Nowhere To Hide (Eppie Award) in New York. I researched the city but I also spent time there. But New Brunswick, which lies on the Bay of Fundy, Canada, is part of my DNA. And the town where I live, whose streets and hills and shops are bred in my bones, is probably in essence where all my novels are set, whatever fictional name I give them.

What have you stressed in your creative writing classes at the University of New Brunswick?

I stress to students (and myself because we teach to learn) to relax and let the story come to them. Not that you don't have to think; you do of course. But sometimes we think too hard. Imagine, I tell them. Imagine.

I have been a tutor with Winghill School for writing for over 20 years. Most of the correspondence is conducted over the Internet, though a few students prefer to correspond by mail. It's a great school. I enjoy my work and get almost as excited when my students publish as when I do myself. I'm sure I learn as much from them as they do from me.

How has your writing evolved since your first books, Nowhere to Hide and Listen to the Shadows.

Language is important to me, and I hope my work is always improving in some way. Maybe the dialogue is crisper, the transitions smoother, the characterizations deeper, but always evolving. And that comes simply from being an avid reader of the best there is, both in my own and other genres. And writing and writing and writing. Since I both love to read and write, it's not a chore. Too, I like to think I've grown as a human being over the years. I've become more insightful, more compassionate. And that reflects in your writing.

What, in your opinion constitutes a good suspense novel? And what’s more important, character or plot?

With any novel, regardless of genre, characterization is the most important element. Without a character readers can care about and identify with at some level, the most ingenious plot won’t matter. That doesn’t mean your character is without flaws, quite the contrary. Consider the late Patricia Highsmith’s Tom Ripley. He is a ruthless killer, but we are fascinated by his complexities and we're happy to follow him throughout the books.

In the end, I don’t think you can separate character and plot. They are interwoven. With suspense, I am always aware of the thread in my story and I hold it taut, letting it out a little at a time, but never letting the thread go slack. It should grow tighter and tighter until it fairly sings. This is what constitutes a page-turner. It’s a promise I make to my readers and one I take very seriously. Reviews tell me I’ve succeeded for the most part, and that makes me happy.

How has the ebook revolution affected your own work and are the electronic versions outselling your print editions?

Absolutely. It’s totally different now. My first two novels were published by Zebra/Kensington Books, New York, and sold thousands of books. They didn’t take the third one and I was suddenly without a publisher. I didn’t feel up to doing the rounds of agents and publishers again, so I went with a small Canadian publisher, BWLPP Publishing, mainly an ebook publisher who published authors with a track record, but also bring the books out in print.

With ebooks you promote in a totally different way, mainly on the Internet. Although I still do book signings in my local bookstores, I can see that my focus is different now. I’m quite sure I’ll not see those big numbers again, and I really don’t mind. That doesn’t mean I’m not always looking for new ways to promote the books, and without annoying people. Pretty much like most ebook authors. Once, my books could be found in bookstores across Canada and the U.S. That's no longer true.

Now they're available worldwide on the Internet. Sounds great, but that means that you're vying for readers with literally thousands more writers showing up every day, many of whom are self-publishing. Some of those books should never have seen the light of day. But I've also found some excellent new authors among them. We have stars like J.A. Konrath, James Scott Bell, Timothy Hallinan, L.J. Sellers and others who are making a very good living selling their ebooks. So in the midst of this gargantuan storefront window, you have to somehow find a way to make your books stand out. 'Ay, there's the rub'. But the possibilities are endless.

I write in mornings when I’m freshest and the day has not yet had a chance to intrude on the muses. I work on other things in the afternoon – tutoring, promoting and whatever else needs doing.

Try to write true, whatever you write. Find that truth inside the fiction. Write out of yourself. That’s important.