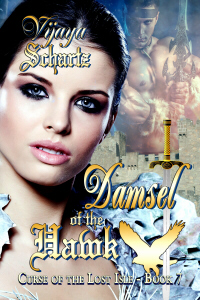 DAMSEL OF THE HAWK
standalone in the Curse of the Lost Isle medieval fantasy series
99cts for a few more days in kindle
https://amzn.com/B01CH93SNM

As I am writing the last book in the Curse of the Lost Isle medieval series, ANGEL OF LUSIGNAN (Book 8) set in Aquitaine, I am thoroughly enjoying the research, as much as the story and the characters.

In the Twelfth Century, castles sprouted all over Europe. In England the first castles were mainly built in a hurry, out of wood, by the Norman invader to secure conquered territory. They were motte and bailey castles, with a keep, earth works, wooden fences and sharp stakes. Later, the keep and walls were rebuilt in stone. 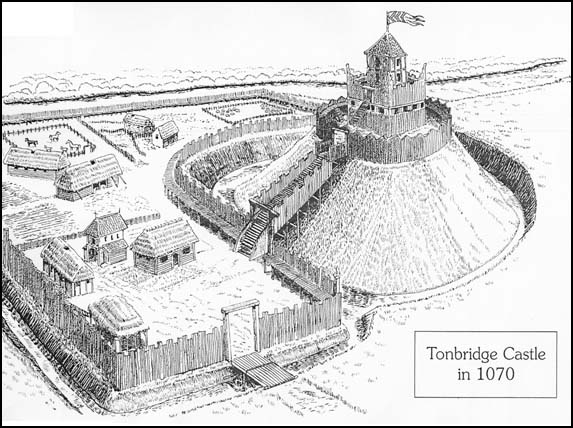 Meanwhile, on the continent, like in Aquitaine, castles were already made of stone. The Romans had built stone roads and forts centuries earlier, leaving solid foundations in prime locations. Just out of the dark ages after the barbarian invasions, the central power fractured into smaller estates, the local lords rebuilt and expanded these stone forts for protection. Not only they fortified their castles, but also their entire cities.


The new cities and castles were generally built on a promontory, a plateau or a hill, surrounded by water, at an estuary, a confluent, or on a cliff overlooking a river. A body of water protected the castle from attacks by land, but rivers could also be highways for enemies invading by boats. Occasional Viking and Norman raids were still common. 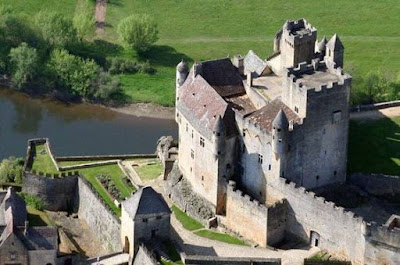 Building a castle was expensive and required a great amount of gold to pay the many skilled workers needed for the monumental task. A lord would hire a taskmaster, overseers, a master mason, architects, an army of masons and stone cutters, carpenters, blacksmiths, lead beaters, barrel makers, potters, candle makers, and other craftsmen. He also needed diggers and general workmen, as well as water carriers.

First, the trees around the site would be felled and peeled, then sliced lengthwise to provide lumber for the scaffolding, and the giant beams to support the wooden ceiling of the upper floors. Meanwhile, the stone had to be extracted from the surrounding rock, then cut and chiseled to size. Often the stone was extracted from the excavation for the moat. Secret passages and underground storage rooms and cellars would often be dug from the rock before erecting the walls, with arched ceilings and thick columns to support the edifice above.


And do not think castles were uncomfortable. Although the external defense walls only had arrow slits, the buildings inside the enclosure had windows to bring in the light. They also had amenities, like giant fireplaces to provide heat during the winter, large kitchens with bread ovens, to cook for hundreds of soldiers, and skilled chefs to prepare meals and special feasts for the nobles. There was wine and cheese aplenty in the cellars.

The castle even had toilets called garderobe, simple sitting holes at the outer side of the wall, allowing automatic disposal of human waste straight down into the moat or the river below, which conveniently eliminated odors.
Also important to the castle was a permanent source of fresh water, so if there was no natural spring on the premises, digging a well would constitute a first priority. In case of a siege, the castle must be self-sufficient.

A great castle would include several courtyards, including one for weapon practice. Also inside the walls would be stables for the horses, a barn for the hay, barracks for the guards and soldiers, sheds and work places for the artisans, blacksmiths, etc. The kitchens would have their own buildings and storage rooms.

Very few of these early stone castles have survived a thousand years of warfare, and those that did survive were updated and modified over the centuries, but we have lithographs and drawings, as well as mock ups to show us what the original construction looked like.

Start reading the series with the boxed set of the first four novels. Seven are already published, and the last one will be out for the holidays.


From history shrouded in myths, emerges a family of immortal Celtic Ladies, who roam the medieval world in search of salvation from a curse. For centuries, imbued with hereditary gifts, they hide their deadly secret, stirring passions in their wake as they fight the Viking hordes, build mighty castles, send the first knights to the Holy Land, give birth to kings and emperors... but if the Church ever suspects what they really are, they will be hunted, tortured, and burned at the stake. 5 stars on Amazon "Edgy Medieval. Yay!"