Series: What to write next? - by author Vijaya Schartz 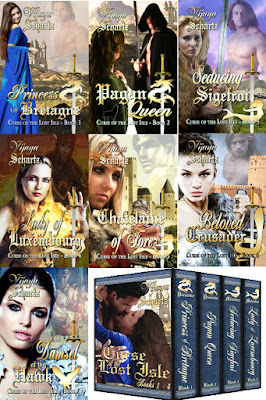 The Curse of the Lost Isle, a romantic medieval fantasy series, was twenty years in the making and is coming to a close. Of course, I wrote many other novels for various publishers in multiple genres during that time, since that series did not find a publisher right away, and required a great amount of historical research. As I am writing the last novel, Book eight, Angel of Lusignan, scheduled for release around the holidays, I realize with nostalgia that it has been a long labor of love. I’m going to miss living in that world.

As to what comes next, I’m still debating. I like writing in different genres and I have a habit of mixing them, which creates marketing nightmares for my publishers. But I like my stories to be original, different and unique. I write what I would want to read. In the Curse of the Lost Isle (from BWL), featuring a family of immortal ladies with Fae gifts, I mixed authentic legends with known history and romance. In the Ancient Enemy series, I mixed science fiction with romance, and several of my characters have paranormal abilities… sometimes created through technology.
I also wrote a few contemporary romances, but always with a twist, like reincarnation, a mystery, or a thriller element. Whether writing about the past, the present, or the future, my main constants are action, adventure, and romance. I also have a predilection for cats, as they pop up as secondary characters almost everywhere (except in medieval times, but I do have a major dog character in Damsel of the Hawk). 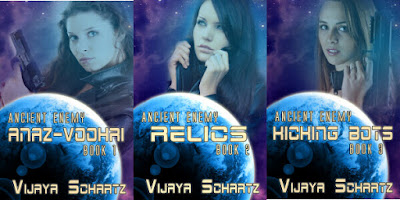 I would also like my next project to be a series. Like a reader, after I fall in love with a created world, I enjoy spending time in it. But I may choose to make these series shorter. Maybe three or four books, not six or eight like in my two latest series. It’s difficult to promote Book seven or eight to new readers who haven’t read any of the other books… even if it’s a standalone. 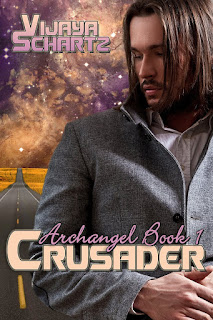 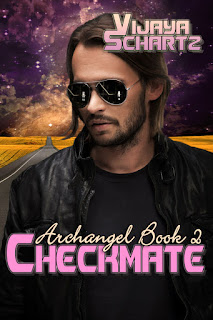 Standalone is another requisite of mine. I like my series to be readable out of order, so each book should be a complete story as much as possible. As a reader, I hate cliffhanger endings and would never do that to my readers. I had to cut longer books into two parts before, not by choice, and although I still gave the first book a satisfying ending, I couldn’t tie up all the loose ends or resolve all the conflicts at the end, since that happened in the second book. It deeply bothered me. From the reviews, I know it bothered a few of my readers as well.

Now, for the time and place: Medieval? Futuristic? Contemporary? Post apocalyptic? On a space station? On an alien planet? In an alternate universe? I have used all of these in the past. Is there any other option?

As for the characters, I have a predilection for strong, kick-butt heroines. I also really enjoyed writing immortals. I once flirted with the idea of writing a series featuring angels, and I am still considering it. They could be fallen angels seeking redemption, or guardians of the human kind. Or, they could be aliens, alien/human hybrids, or AI (artificial intelligence).

So, my new writing project should definitely be a series with strong heroines, romance, action, adventure, and cats (you can never have too many of those). Each novel should be a complete story, and the series should lend itself to a different hero and heroine for each story. So, the constant would be the world in which the characters evolve.
In other words, writing a series revolves around creating a world in which strong, captivating characters can fight for what is just and good, and in the process, find their happily ever after. Writing this post helped me order my thoughts. Starting next year, look for the start of a new sci-fi romance series involving strong kick-butt heroines and gorgeous aliens with angel power. Now, back to finishing the Curse of the Lost Isle medieval series. 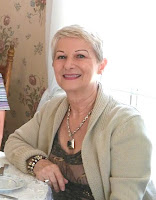