A World Without Alzheimer's Disease by J.Q. Rose 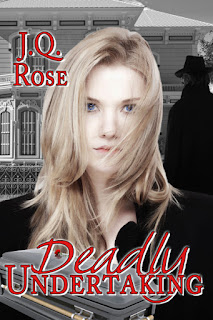 📚 📚 📚 📚
A World Without Alzheimer's Disease by J.Q. Rose
Can you envision our world without Alzheimer's in it? The Alzheimer's Association can. They are researching and supporting families and caregivers, not in the hope of stamping out Alzheimer's but in their belief it can be eradicated so no one will ever have to deal with the devastation of this disease.

June is Alzheimer's and Brain Awareness month. Alzheimer's is a type of dementia that causes problems with memory, thinking and behavior.
I bet Alzheimer's has invaded your life because you know someone whom you care about has disappeared into the darkness of this disease. We have not experienced it in our family, but I have friends who have.
When my friend and mentor, Bernie, discovered she had it, she told me one afternoon after inviting me for dessert and coffee. I will never forget the sadness in her eyes as we talked about the diagnosis. Knowing this awful disease is lurking in the future shadows a person every day, waiting for the next degree of losing a piece of oneself.
I dedicated my book, Deadly Undertaking to Bernie, and I included a character suffering with Alzheimer's in the story. This was my way of trying to bring awareness to readers about this debilitating disease.
Today, I am using facts from the Alzheimer's Association site to help spread the word and marshal an army to fight against Alzheimer's.  If we don't take steps to fight and win the battle against AD, the result will be a world-wide epidemic by 2050.

Alzheimers.net suggests these 7 Things You Can Do to Stop Alzheimer’s by 2025
To learn more about AD, visit the following articles.
Alzheimer's Association
Alzheimers.net
Posted by J.Q. Rose at June 20, 2017