Writing About the Weather in Fiction by Connie Vines

Writing about the weather in your novel, and writing about it well, is critical for an atmospheric story.
It’s also a great shortcut…

A simple description of storm clouds gathering on the horizon, say, can foreshadow troubled times ahead in the plot, or act as a symbol for the character’s mood. And it can do it in a short space.
It’s easy to forget just how important a part of our everyday lives the weather is.
We think about it so much that we’re rarely conscious of thinking about it at all. But it affects everything.
·         Our mood.
·         Our health.
·         Sometimes even our survival.

Ignoring the weather in the stories we tell just isn’t an option.
In the real world, we chat about the weather even when there’s nothing much to say. Which is fine – small-talk helps to oil the cogs of society. But having two characters in a novel talk about unremarkable weather, or having the narrator describe a perfectly ordinary rain shower, say, can send the reader straight to sleep.
Another problem with writing about the weather is that it’s easy to resort to cliches.
·         The rain lashed down on the rooftops.
·         The heat rose off the tarmac in shimmering waves.
·         The wind made the tree branches dance.
Good descriptive writing should be fresh, original, memorable – even unexpected. But because we talk about the weather all the time (and read so much about it in fiction, too), finding unique and exciting ways to describe thunderstorms or blizzards or perfect summer days can be tough.
WHY WEATHER IS IMPORTANT IN A NOVEL 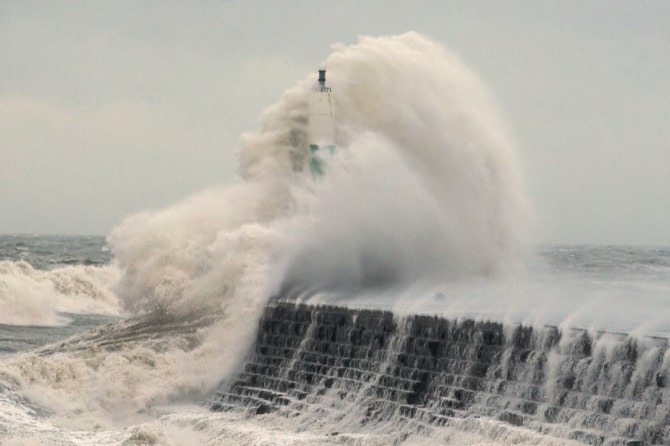 Here are four reasons why weather matters in fiction.
1. It’s Part of the Setting
Not only that, it’s a crucial part of the setting, particularly when the weather shifts from being ordinary to extreme.
Imagine two characters in a novel, a husband and a wife, driving along a deserted highway. They’re fighting about whose fault it is that they’re lost. Outside, it is…
·         Freezing. Everywhere is white with snow and it’s tough keeping the car on the road.
·         Scorching. It’s the hottest August day on record… and the air conditioning is on the blink.
·         Stormy up ahead. And they’re driving right into it!
·         Foggy. They can barely see the road in front of them.
Each of these conditions would give the scene a totally different feel. But even when the weather is not especially remarkable – a warm summer’s evening, a cold and bright morning in autumn – it still gives scenes very different moods and atmospheres.
But if you don’t mention the weather at all in your writing, not even briefly, an important element will be missing from the mental image in the reader’s mind.
2. It Affects Character
Just as the weather affects our mood in the real world, so it affects the mood of a character in a novel.
·         If a character is feeling blue, a cold and wet day will form the perfect backdrop.
·         If the sun comes out, it’s a sign that their spirits are rising.
The viewpoint character’s mood complements or contrast with the weather outside is just another small way to add dimension to your fiction.
3. It Affects Plot
Even the most ordinary weather can affect the plans of people in the real world and, also, characters in novels.
·         Rain can spoil a wedding.
·         Fog can disrupt travel plans.
·         Drought can play havoc with a prized garden.
Make the elements more extreme and you ramp up the stakes. Writing about extreme weather can be a primary source of conflict in a novel.
4. Weather Is Symbolic
I mentioned earlier that weather can affect a character’s mood. Taking this one step further, you can have it actually symbolize how a character is feeling inside.
Suppose a mother is worried that her young son is late back home. As she stands by the window waiting for him to return, she notices the wind picking up. At this point, she is merely concerned.
One hour later, though, the garden furniture is cartwheeling across the lawn… and by implication, the woman is really starting to panic. The writer doesn’t even need to describe her panic. The scene outside tells the readers everything they need to know about how the woman is feeling inside.
5. Don’t Ignore It
If you can, mention it in every scene. Even if the weather isn’t that important to a scene, still write about it, however briefly.
When Mary left for work the next morning, it was still raining.
It was colder than Frank had expected when he stepped out of the house.
The snow started right after lunch.
There are no fancy descriptions here – no adjectives, no metaphors.
·         It’s raining.
·         It’s cold.
·         It’s snowing.
The reader can then take their experience of rain, say, and use it to imagine a rainy scene.
6. Show, Don’t Tell
When Mary left for work the next morning, the sky was as dark as slate and the icy north wind was blowing the rain straight into her face.
The entire sky was white with snow.
The sound of a dog pawing at the back door waiting to be let inside.

Use the best details you can imagine. Engage all of the senses (how the weather sounds and smells and tastes).

From my historical novel, “Tanayia—Whisper upon the Water

The wind began to blow, hot and restless.  It drowned out the sound of my fists pounding against the door.  It drowned out my cries for help.  I felt clammy, yet the heat of the day was trapped inside the attic.  The heat clawed at my like the talons of a vulture—cruel and without mercy.
Sweat poured down my body.  My legs were heavy with fatigue.  Allowed myself to rest upon the floor.  White spots danced before my eyes like moths.  My head pounded with a wild throbbing pain.
Sister Enid reminded me of Old Woman from my band.  She had appeared to be like everyone else.  She ate, she moved about, she spoke.  Only she wasn’t really like other people.  She was a woman in an empty body.  Old Woman’s sound had been taken from her. . .
Did my details draw you into the scene?
Did you experience Tanayia's reality?
Do you have a favorite 'weather scene' in a novel you've read?
Why is it a favorite?
Thank you for stopping by today at BWL Insider Blog.
I hope you enjoyed this month's post :-)
Happy Reading,
Connie
BWL author site
https://books2read.com/Tanayia/purchase link