Fire Season is Upon Us 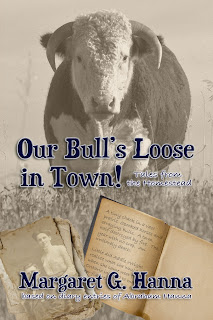 For Details and Purchase Information click this link
At the end of May, a huge wildfire, some 10,000 hectares in size, was out of control and threatening the town of High Level in northwestern Alberta.  Townsfolk were evacuated. It was only one of many fires burning across the country. Fortunately, High Level was spared and residents have returned.

Fire has been both a tool and a danger. Indigenous people fired the prairie to green up the grass that, in turn, brought the bison back in their numbers. Europeans travelling across the plains described fires stretching from one horizon to the other, creating a scene worthy of Dante’s Inferno, leaving behind miles of scorched, blackened earth that they crossed for days afterward.

Forest-dwellers regularly burned the undergrowth to keep it free of trash. In the process, they created a patchy environment with a much higher carrying capacity, with browse and pasture for both their livestock and wildlife. All benefited.

For decades, received wisdom was the wild fires were bad. We now are learning, all too well, the folly of that practice. We forgot, or didn’t know, or chose to ignore that fires are Nature’s way of getting rid of mess, of eliminating the Old to make way for the New. Final succession-stage forests are prone to disease (such as Mountain Pine Beetle) and the forest floor is covered with a thick layer of trash, all of which, combined with the effects of climate change, result in a dangerously high probability of uncontrollable wild fire. Witness the partial destruction of the towns of Slave Lake (2011) and Fort McMurray (2016) in Alberta, the evacuation of thousands of residents in the interior of British Columbia (2017) and the disastrous Camp Fire (2018) in California that destroyed the town of Paradise and killed at least 86 people.

We seemed to have learned our lesson about the role of and the need for fire. Controlled burns of forests are now the norm.

The prairies are not immune. Farmers fear fire, too.

The continuous ring on our old party-line phone – a general ring, we called it –  signaled an emergency. We already knew what it was about – a fire out of control across the road from our farmyard. Through the trees around our yard, we had seen the flames leaping into the air. A neighbour had been burning stubble, the wind had caught the fire and sent it raging down the field. Now Dad and several neighbours were there, fighting to get it under control before it burned into town a mere 1/4 mile away. The situation looked desperate.

And then they set a backfire.

A major fire creates its own environment by sucking air towards it, creating an updraft. Backfires take advantage of that updraft.

I watched as the men started a second fire some distance – just the “right” distance – in front of the wall of flame. I did not understand why they thought it a good idea to set a second fire, but it didn’t take long to realize that they knew what they were doing. The smaller fire was sucked into the larger fire, burning up the stubble as it went. With no more fuel, the main fire fizzled out; the few remaining hot spots were quickly doused. The town was safe – this time.

Meyronne wasn’t always spared. In September of 1923, a late night fire raged through the village. This is how Addie described that night:

“We were startled out of bed shortly after 11:00 pm with a general ring, but we didn’t have to answer the phone to know what the problem was, we could see light flickering on our bedroom wall. Abe said, “Don’t wait up, who knows when I’ll be back.”

“You expect me to go back to sleep while you’re off fighting a fire,” I retorted. “Don’t be ridiculous, I’ll be worried sick and won’t be able to sleep a wink until you’re back home.”

“Suit yourself,” he said, “but this will be a long night.”

And it was. I paced back and forth in the kitchen. Bert came down rubbing his eyes wanting to know what was happening, I told him that Dad was in town helping some folks fight a fire and he should get back to bed ‘cause there was nothing he could do. Edith got him settled and then sat up the rest of the night with me. We stood out on the front step and watched the flames leap up into the air. We could smell the smoke, hear men yelling, cursing, horses screaming. I made and drank an entire pot of coffee. I prayed that everyone was safe, that no one would be injured or worse, would die. It seemed to go on forever. “Is the whole town burning down?” Edith asked. “I don’t know,” I replied. “I hope not.”

Abe finally got back about 4:00 am. He reeked of smoke.

You can read what was lost that night in Chapter 31, The Night the Village Burned, in “Our Bull’s Loose in Town!” Tales from the Homestead.
Posted by BWL Publishing Inc. at June 30, 2019