Another trip down memory lane with Tricia McGill


While taking a look at some old posts of mine I came across this one I wrote in 2014. How times change. Although I stated at the end that I was never going to move again--I have done just that. Our requirements change with age.

It occurred to me lately that I live in a very confined area. I don’t drive distances as I once did, and tend to stay nearer home. A lot of this is due perhaps because the roads aren’t like they used to be in what us older people refer to as “the good ol’ days”.

I’ve towed an 18 foot caravan around Australia when my husband had to give up driving after one of his early strokes, but as much as I would love to take off, and still envy folk who take to the highways and byways of this beautiful country I call home, I couldn’t stand the hectic pace on the roads these days.

My pondering came about after reading Sandy’s post of a day or so ago when I commented that if I returned to my hometown I’d be hard-pressed after so many years to find more than about six people apart from family and a few friends who would remember me. Of course my hometown was London and to be more specific Highbury in Nth London, which was no small town by any stretch of the imagination.

I then pondered on the fact that perhaps I am a homebody who likes to be in familiar places, but then I started to think about the places around the world I have visited and it occurred to me I’ve been quite a traveller in my time.

My first trip in a plane was to San Sebastian in Spain. In those days a trip to anywhere in Europe was considered very extravagant. My sister was getting married at the end of that year and I was to be married soon after, so we took the opportunity to travel before settling down. While there we took a bus trip to Madrid, where we walked out of a bullfight in disgust after about half an hour. I guess we only expected all the grandeur of the parade and never considered the poor bull was going to die a slow death. I have to say here that we were told afterwards it was a very poor fight and the matador was not considered very good. We also went on a bus trip to a coastal resort in France. I can’t recall exactly where but do remember the horrendous drive where the driver seemed intent on killing us all, driving along mountain roads like a kamikaze pilot. 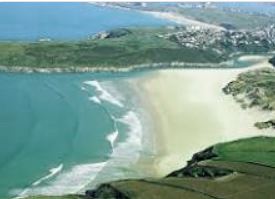 Cornwall. For anyone who knows that area of England my favorite places were Crantock or Lynton/Lynmouth. I expect both have changed considerably since the 60s. 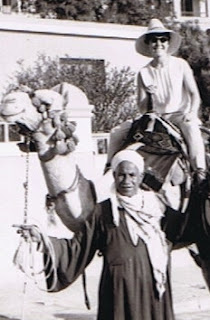 Of course the biggest journey of all came when we migrated to Australia. We opted to come by sea, and sailed on the Fairstar, a recently refitted liner, in 1966. The sea trips from England to Australia were abandoned long ago, so we were very fortunate. It took exactly four weeks. Now when I refer to the Good Old Days you will understand what I mean when I tell you that along the way we went on a side trip to Cairo and the Pyramids at Giza. In those days ships travelled through The Suez Canal. We left the ship and stayed overnight in Cairo. Next morning we were up early and took a camel ride to the nearby pyramids. Then we visited the museum where the stand out was Tutankhamen's artefacts. Next we went by bus to Giza to see the Great Sphinx and pyramids. We met up with the ship again and continued on our journey. All this for 8 pounds sterling! 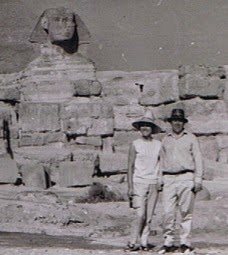 My husband went back to England about six times over the years, but I only returned once and that was in 1975. On the return trip we stayed overnight in Singapore.

I’ve travelled extensively in Australia, been right around the coastline once, up the inland road to Darwin, over to the west a couple of times travelling across the Nullarbor Plain. I’ve stroked a dolphin in the sea at Monkey Mia in WA, visited Uluru in the red centre, and swam in the warmest, clearest water you can imagine off the Great Barrier Reef, walked through magnificent rain forests, driven across unmade roads and along highways, seen a platypus swimming in his natural Tasmanian habitat, and emus and kangaroos running free. I’ve been across to Tasmania more times than I can remember, sometimes by air and other times on the ferry. For years we towed a caravan—our preferred means of travel as we could then take our dogs along. My husband would have spent all his days on the road, but I was always glad to get home, to sleep in my own bed.

So, back to where I started, there is obviously no place like home for me. But then home is where the heart is. My early years were spent in a tenement house in Nth London where I was surrounded by love and had no idea that we were not rich. But after my mother passed away that ceased to be home so anywhere my husband and I were together was home. I will remain in this house until they carry me out. My heart is here.