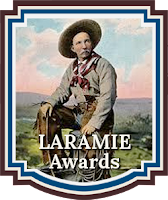 The real life Edwin Booth is featured as a neighbor of my heroine Ursula Buckley in book 2 of my Brides of the American Civil War series, Mercies of the Fallen.  The first book of the series is the Laramie and Chatelaine Award nominated Seven Aprils.

Sometimes truth is stranger than fiction. Did you know that Edwin, an actor like his notorious brother assassin John Wilkes Booth, saved Abraham Lincoln's son Robert from serious injury or even death?

The incident occurred on a train platform just before the end of the Civil War. While a group of passengers were purchasing their sleeping car places from the conductor, Robert recounted,  “There was some crowding, and I happened to be pressed by it against the car body while waiting my turn. In this situation the train began to move, and by the motion I was twisted off my feet, and had dropped into the open space, and was personally helpless, when my coat collar was vigorously seized and I was quickly pulled up and out to a secure footing on the platform. Upon turning to thank my rescuer I saw it was Edwin Booth, whose face was of course well known to me, and I expressed my gratitude to him, and in doing so, called him by name.”

Edwin Booth did not know the identity of the man whose life he had saved until some months later. The fact that he had saved the life of Abraham Lincoln's son was said to have been of some comfort to Edwin Booth following his brother's assassination of the president.

The Agent Mystique by Diane Bator

The Agent Mystique   by Diane Bator One of the highlights of this pandemic for me is the ability to sit in on various writing s...