Canadian Authors Past and Present by Joan Donaldson-Yarmey--Yukon 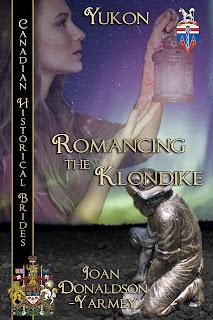 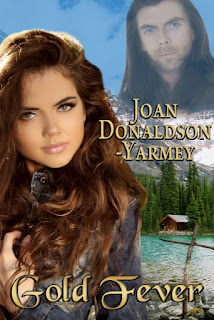 Canadian Authors Past and Present
Canada celebrated its 150th anniversary in 2017. To commemorate the occasion my publisher, Books We Love, Ltd (BWL) brought out the Canadian Historical Brides Series during 2017 and 2018. There are twelve books, one about each province, one about the Yukon, and one combining the Northwest Territories and Nunavut. Each book was written by a BWL Canadian author or co-authored by a Canadian and an international BWL author.
Each province and territory of Canada has spawned many well-known authors and my series of posts this year will be about them-one or two from the past and one or two from the present, the present-day ones being the authors of the Brides book for the corresponding province or territory. The posts are in the order that the books were published.
Yukon
Pierre Berton was born on July 20 in Whitehorse, Yukon. His family moved to Dawson in 1921 and then to Victoria, British Columbia, in 1932. He attended the University of B.C. and during the summers returned to work in the Klondike mining camps to earn money. He became a journalist in Vancouver and at the age of twenty-one he was the youngest city editor on any Canadian daily newspaper.
Berton moved to Toronto in 1947 and went on to write for, and was an editor at, Maclean’s magazine. He appeared on many television shows including the long-running Front Page Challenge (1957-1995) for thirty-nine years. His first book The Royal Family was published in 1953 and his second, a young reader novel, The Golden Trail: The Story of the Klondike Rush, came out in 1954. Between then and 1993 he wrote more than fifty fiction and non-fiction books about Canadian history and popular culture, including coffee table books, children’s books, and historical novels for young adults. He received over thirty literary awards one of which was the Governor-General’s Award for Creative Non-fiction. In 1994, Canada’s National History Society established the Pierre Berton award to be given to an author who has written about Canadian history in an absorbing and charming way. Berton was the first recipient.
Pierre Berton’s childhood home in Dawson has been restored and is now called the Berton House. It opened as a writers’ retreat in August of 1996. Four writers a year are chosen to reside in the house for three months each. During that time they can work on their newest manuscript while giving writing workshops and readings in Yukon communities.
Pierre Berton passed away in Toronto on November 30, 2004.

Edith Josie was born on December 8, 1921 in Eagle, Alaska, and moved to the small village of Old Crow, Yukon, when she was sixteen. Old Crow is 193 kilometres (120 miles) south of the Arctic Ocean and 129 kilometres (80 miles) north of the Arctic Circle and is occupied mainly by the Loucheaux Indians of the Vuntut Gwich’in peoples. The sun doesn’t set for two months in the summer and the temperature can reach as high as +35C. In winter it is total darkness for three weeks and the temperature can drop to -50C.
Miss Josie was appointed Justice of the Peace for Old Crow in 1957 and served for seven years. She began her writing career as the Old Crow Correspondent for the Whitehorse Star late in 1962. Her column for the Star was called Here Are The News (sic) and Edith reported the events of the village in an unpretentious and informal way, much like she spoke English. Correct grammar and punctuation were not part of her writing, it was the story that was important. Her stories were published exactly the way she composed them.
Edith wrote for the Star for thirty-eight years and during that time her column was syndicated to papers in Edmonton Alberta, Toronto Ontario, Fairbanks Alaska, and in California. In 1965 Life magazine did a feature on her, titled Everyone Sure Glad. The article brought her world-wide recognition and her stories were translated into German, Italian, Spanish, and Finnish. She received letters from fans in Texas, Florida, New Zealand, and the Philippines.
Edith Josie received the Canadian Centennial Award in 1967, the Yukon Historical Museums Award in 1994, was awarded the Order of Canada in 1995, and was honored by the National Aboriginal Achievement Awards (now the Indspire Awards) in 2000. She died on January 31, 2010.
Here are some examples of her work as she wrote them: Even now the spring has come cause it is daylight around 11 o'clock p.m. Pretty soon we won't use light for night time. Everyone glad to see plane every day. Even the same plane come in one day, they all have to go down to see what is going on and what come in on plane.
John Joe Kay and his family and Dick Hukon and family came into town from their ratting camp. They reported no rats around there but they say too many mosquito. Too bad no prize on mosquito.
Since last week all the leaves are getting yellow. That mean autumn is coming. When the leaves grow green sure nice but at fall time it’s turn to yellow-more beautiful.
I go to McPherson on Friday and went back to Inuvik Sunday afternoon. When I was there I went to visit my Auntie Sarah Simon she was happy to see me and also myself too.
I write my big news. That’s how all of the people know where is Old Crow. Before the news go out nobody know where is Old Crow. Just when I send my news people know where is Old Crow.

Book 3 of the Canadian Historical Brides Series:  Romancing the Klondike (Yukon) - Joan Donaldson-Yarmey - May 2017
Joan Donaldson-Yarmey began her writing career with a short article, progressed to travel and historical articles, and then on to travel books. She called these travel books her Backroads series and the research for them had her camping throughout Alberta, B.C., the Yukon, and Alaska. While researching her Backroads of the Yukon and Alaska book, Joan and her husband hiked the Chilkoot Trail from Skagway, Alaska, to Lake Bennett, the Yukon. The year was 1997, one hundred years after the Klondike Gold Rush. They did it in the summer time with one 35lb backpack each as opposed to the Klondikers who are pictured hauling their 1200lbs of supplies in the winter. On the hike she passed many artifacts that were left by the men and women on their way to the gold fields.
Joan switched to fiction and has written ten books: four mystery novels, Illegally Dead, The Only Shadow In The House, and Whistler's Murder in a series called the Travelling Detective Series and Gold Fever her stand-alone novel which combines mystery with a little romance; three Canadian historical, Romancing the Klondike, West to the Bay, and West to Grande Portage; two science fiction The Criminal Streak and Betrayed in her Cry of the Guilty-Silence of the Innocent series; and a holiday romance/comedy titled Twelve Dates of Christmas.
Joan’s story, A Capital Offence, was published in Ascent Aspirations Magazine and won first place in their flash fiction contest.
Joan was born in New Westminster, B.C. Canada, and raised in Edmonton, Alberta. She married soon after graduation and moved to a farm where she had two children. Over the years she worked as a bartender, hotel maid, cashier, bank teller, bookkeeper, printing press operator, meat wrapper, gold prospector, warehouse shipper, house renovator, and nursing attendant. During that time she raised her two children and helped raise her three step-children.
Since she loves change, Joan has moved over thirty times in her life, living on acreages and farms and in small towns and cities throughout Alberta and B.C. She now lives on an acreage on Vancouver Island with her husband and two cats. When she is not writing she is picking fruit, walking on the boardwalk through the tall trees on her property, dragon boating, entering 5K and 10K walks and runs or playing with her two cats.
http://www.bookswelove.com/canadian-historical-brides-collection/
http://www.bookswelove.com/mystery-thriller-authors/donaldson-yarmey-joan/
http://thetravellingdetectiveseries.blogspot.com/
https://www.amazon.com/author/joandonaldsonyarmey
Posted by Joan Donaldson-Yarmey at March 24, 2020