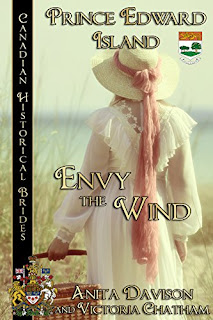 Jesse Stone wrote and released this song title back in 1956, but the lipstick, powder, and paint used by our historical heroines were often injurious to their health, if not downright deadly. Far from being a modern invention, cosmetics have been around for centuries. So just what did our heroines of yesteryear put on their faces?

To ancient Egyptians, circa 4,000 BC, cosmetics was big business for men and women. The green eye

makeup depicted on many a tomb wall was produced from the copper ore, malachite, and was applied over the eyelid up to the brows. It not only made the eyes look bigger but also was considered to protect those who wore it. Even today malachite is reputed to protect the wearer.

The eyes were then outlined with kohl, a thick black paint produced from galena, the natural mineral form of lead sulphide. Kohl shielded the eyes from the sun, helped keep away flies and with chlorine added to the lead sulphide, may have acted as a disinfectant. Both the powder and paint were applied with sticks made from wood, metal or ivory, depending on where you were on the social ladder. Cheeks and lips were stained with red ochre and henna were used to stain and colour the fingertips and toes.

To protect their skins from the climate, our savvy Egyptians made moisturizing creams so, to your bullock bile, add whipped ostrich eggs, olive oil, plant resins, fresh milk, and a dash of sea salt. To make it smell nice, add a few drops of scented oil like frankincense, myrrh, thyme, or marjoram. Fruit essences added a sweeter aroma, especially that from almonds. Anti-wrinkle cream? No problem. To a measure of wax add olive oil, incense, milk, juniper leaves and the secret ingredient – crocodile dung which, when dried, did double duty as a contraceptive but that’s another story.

Chinese ladies used face powder made from rice flour, Japanese ladies embraced red lip colour, white faces and black brows with teeth blackening or ohaguro being considered especially beautifying. Queen Elizabeth I suffered from smallpox and to cover her scarred face resorted to using a paste called Venetian Ceruse made from vinegar and lead. White skin was especially favoured as this indicated youthfulness and was a clear sign the woman had no need to work out of doors.

White also indicated pureness and anyone who has ever read a Regency romance will undoubtedly know that our heroines should have soft, white skin and present a ‘fine complexion.’ Applications of Pimpernel Water, Eau de Veau (first boil a calf’s foot in four quarts of river water), or Virgin Milk which will ‘call the purple stream of the blood to the external fibres of the epidermis’ and, if left on the face to dry, ‘will render it clear and brilliant.’ Over this perfect complexion a young lady might be permitted to use a light dusting of pearl powder, a tinge of carmine powder on the cheeks and touch of rouge, lead-free of course, on the lips should  ‘only be resorted to in cases of absolute necessity.’

In late Victorian times, Bloom of Youth’s lead content could induce radial nerve palsy, or wrist drop, while Swan Down powder, supposedly safe, was found to contain not only zinc but a large quotient of lead. While the use of cosmetics was mostly the prerogative of the upper classes through history, Queen Victoria’s opinion was that the use of makeup was vulgar and impolite. Even today we are not entirely safe from the cosmetics we use. Lead, surprisingly, can still be found in some lipsticks while Botox is derived from one of the most lethal known toxins.

Today more and more women of note are choosing to appear 'bare-faced', think Demi Lovato, Drew Barrymore, Cara Delavingne, and Cameron Diaz. However, if we can't all be that gorgeous sans makeup, we can always explore the safer option of mineral-based makeup. Whatever, beauty is still in the eye of the beholder, with or without that layer of lippy or slick of mascara.

Images: courtesy of various internet sources
Quotes: The Mirror of the Graces by A Lady of Distinction