The Big Cheese, by J.C. Kavanagh

Regular BWL blog readers will know that I have a great love of nature, in all its forms. I also have a particular fondness for the moon, in all its eerie glory. I have binoculars that are strong enough for celestial viewing and I take full advantage of clear, night-time skies. Did you know that the moon was formed four and a half billion years ago, about 60 million years after the solar system? Yeah, me neither. 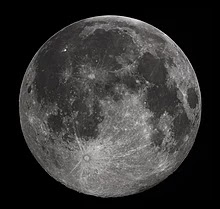 Scientists hypothesize that the moon was formed when a Mars-sized object hit the earth and the impact was such that a chunk of both the object and the earth ricocheted back into space and began to orbit the earth. Supporting this theory is the fact that the 'dark' side of the moon is 50 km (31 miles) thicker than the 'bright' side, allegedly because the projectile objects fused together.

I also learned, courtesy of Wikipedia, that approximately five tons of comet particles crash into the moon every 24 hours. Back in 1651, an astronomer named Giovanni Battista Riccioli believed that the flat plains between the moon's craters were water-filled seas. In Latin, they were called 'maria.' Some believed that the cratered surface meant the moon might be composed of a cheesy substance. Today, we know the moon is composed of mainly iron, no dairy. Clear observations of the craters and 'maria' can be seen with the naked eye, and in greater detail courtesy of a good set of binoculars.

Astronomers have determined that there are millions of craters on the bright side of the moon, and of those, 300,000 have a diameter greater than 1 km (0.6 mile).

My fascination with the full moon is found in my Twisted Climb books. The three main characters, Jayden, Connor and Max, meet in a moon-lit dream world and embark on many action-filled adventures. Here's a few 'moon' excerpts from The Twisted Climb and Darkness Descends:

Jayden Nanjee looked up. The full moon shone like a ghostly yellow torch against the midnight black of the night sky. The pale, low-lying clouds seemed to hug the earth as the moon peeked in and out of their embrace.

Creamy puffs of clouds filled the sky, circling the moon in a slow dance. His gaze followed the milky orb as it appeared to slide behind a cloud, throwing the field into murky gloom.

The moon slid behind a gathering of heavy, bloated clouds, leaving only shadowy blackness.

The moon was unfolding itself through the parting clouds, creating shadowy figures behind every tree. 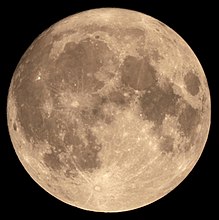 So yes, the moon played a pivotal role in the spooky setting of The Twisted Climb's dream world. If you're looking for a book series that will take you on one crazy adventure after another, then you have to read The Twisted Climb series. Moon-gazing will never be the same. 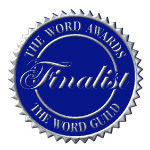