Past Promotions - Looking Back over the Years #BWLAuthor #MFRWAuthor #Promotions #Interviews 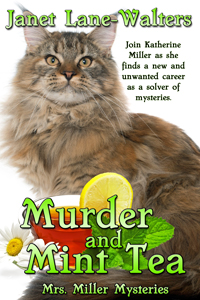 Years ago and we’re talking about many of those years, the first promotion I received for a book sale was in the local newspaper, the Butler Eagle where we lived. I was interviewed by a reporter and the article started out with my sale. That took up two lines. Then the post went on to say I was married to Dr. Walters MD. The next two columns were all about him. I still laugh over this. He was so embarrassed.

The second took place in the same town. It was on a local television station, with phone in calls from listeners. The first thing was make-up. Since I’m very allergic, I brought mine and endured. The session was for two hours and I wasn’t sure how to fill the time. The host began by asking me questions about my writing and about selling my first of three books. We chatted about writing and how I moved from short stories to novels. Then the forum was open for questions. I thought no one would call. Surprisingly there were a number of calls. Some were from my friends but there were some serious called. I found I really enjoyed helping others find ways to write their stories. When the two hours ended, I was exhausted. I also found I’d created a problem. Though I’d worn a pants suit and boots, I wore panty hose. When I reached the house, I discovered this woman who had been complimented for being so calm during the interview had ripped out both feet of the hose. I vowed I would never do this again.

Fast forward a few years, probably fifteen. I was once again asked to do a television interview. This was in a town two and a half hours away. Reluctantly, I agreed. This was not a call in show but I was grilled by a man who thought romance wasn’t real literature. I believe I held my side very well and I challenged him to read one of my books and gave him a copy. Not sure if he read the book But a did receive a nice letter saying I had enlivened his evening.

Would I do this again. Maybe.