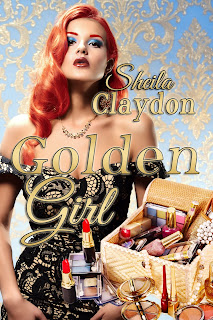 Once, long ago, I wrote under the pen name Anne Beverley, and Golden Girl was my first published book. Then I wrote more books, still as Anne Beverley, until my family eventually persuaded me to stop hiding behind a pseudonym and write under my real name. That earlier book was still out there though, and to say the cover looks dated is an understatement! 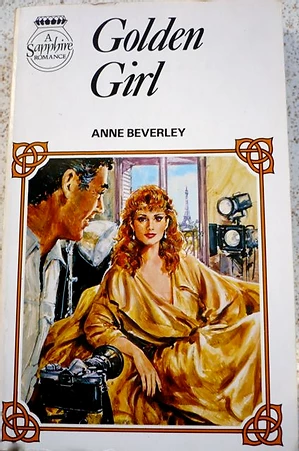 Original cover
Then, many books later, the publishing house that owned it closed and the publishing rights returned to me. I sold it on to another publisher on the proviso that it would now be published under my real name. But in the field of publishing things are not always straightforward, so in the end I had to agree to Sheila Claydon writing as Anne Beverley, as well as a new cover. One that was certainly an improvement on the first. 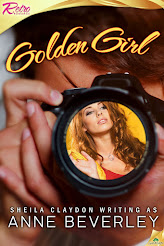 Second edition cover
Then, a few years later, the same thing happened all over again. Another publisher, this time Books We Love, another cover and, finally, Golden Girl published under my own name. By then this book had been out there for a long time, so now it is a vintage romance with characters behaving a little differently than we expect them to in the twenty-first century. The heroine is still feisty though. It just takes her a little longer to get there! 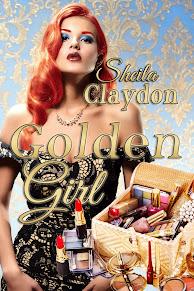 Third edition cover
Now, thankfully, all my books bar one are with BWL Publishing, and I am very happy indeed about that.
In my next blog I will introduce another of those early books together with the covers they have had over the years. In the meantime, if you would like to have a taster of Golden Girl, then go to the Book Snippets page on my Website and let it take you back to what it was like to be a secretary in a large company in London and Paris in 1964. Manual typewriters, desk phones connected to a central switchboard, no screens, hardback dictionaries, shorthand dictation, blotting paper...I could go on. It was a different world except for one thing...people still liked to read romances. And if you would like to let me know which of these is your favourite cover, I'd love to know.
By BWL Publishing Inc. at October 14, 2020