The Evolution of Calendars 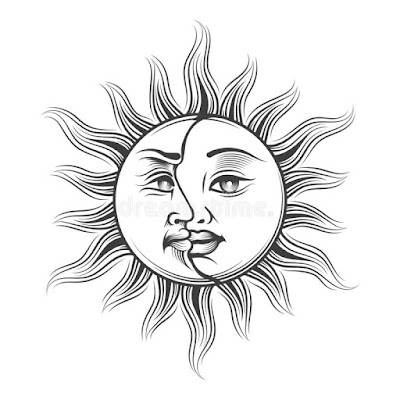 Calendars are intimately tied to the human observation of the Sun and the Moon.  Thus, the universality of calendars is no surprise, appearing in almost every human society, going back to pre-Bronze age cultures. The development of calendars spurred many related disciplines, such as mathematics, religion, astrology and astronomy.

The ancients’ observation of the sun, in relation to the various constellations, gave us the solar year. They noticed that the sun returned to the same position every three hundred and sixty-five (plus a fraction) days. Archeologists believe many Neolithic structures around the world, such as the Pyramid of the Sun in Mexico, Stonehenge in England and several sites in Ancient Egypt to serve this function. “Calendar circles” are remarkable for their profusion: they are found all over Africa, China, India and the Americas.

The other large, observable, heavenly body is the moon. Humans noticed that the moon also appeared at regular intervals; two weeks in a waxing phase and two weeks in a waning one. But a problem arose. The moon took twelve cycles of two-week periods to complete a year—that is, 354 days, while the sun took 365 days. Another problem is that the solar year is roughly 365.25 days long, and this one-quarter day needed accounting. Finally, both the earth’s and the moon’s orbits have been decaying imperceptibly over time, as both are slowly moving away from each other and from the sun.

These issues have dogged societies, affecting things like calculating days of worship, the time to plant crops, and to today’s problems of space flight and satellite positioning.

Early societies arrived at various solutions to these issues. The Hindu calendar, known as Panchanga, combined the lunar and solar calendar, adding an extra month called the Purushottam mas every 32-33 months, based on a complex series of calculations, to align the sun and the moon, and to account for the fractional days in a solar year. Unsurprisingly, many Eastern countries such as Cambodia, Thailand and Sri Lanka follow this luni-solar method. The only differences between these various calendars is their start date. The original Hindu calendar has a starting date of 6,676 BC, corresponding to the start of the current cycle of time known as Kali yuga. In Buddhist countries, the calendar starts at the birth of the Buddha, in 563 BC.

The Persian calendar, introduced by Omar Khayyam in the eleventh century, calculated the length of the year with astonishing precision, as 365.24219858156 days.

The Roman empire used to have a ten-month year, but when Julius Caesar came to power, introduced the Julian calendar, which introduced the leap year, without reference to the moon. While it lead to a more accurate solar calendar, it completely disassociated the moon from calendar-keeping.

The calendar currently used, called the Gregorian calendar, is a version of the Julian calendar, introduced in 1582, and has as its start date the birth of Jesus Christ.

The calendar’s original function was to determine religious observances. Indeed, the word is derived from the Latin ‘calends’ meaning ‘to call out,’ referring to the practice of announcing that a new moon had been sighted. In various cultures, the Islamic, Hindu and the Chinese, the sighting of the moon has religious significance. From the sighting of the moon, in relation to the constellations, came astrology, which posited the influence of these constellations (or spiritual beings associated with them) on human beings and societies. This record of the movement of the heavenly bodies led to the science of astronomy.

The accuracy of calendars are important, not for recording of past, but for projection of future events. The recent use of atomic clocks, which record the passage of time with astonishing precision, are an absolute necessity in today’s life, necessitated by inventions such as cell-phones, satellite communication and interplanetary travel.

This blog started as an exploration of Daylight Savings Time, but deviated into a far more interesting discussion. By the way, remember to put your clocks back by an hour this November 1st!

Mohan Ashtakala is the author of 'The Yoga Zapper," a fantasy, and "Karma Nation," a literary romance. He is published by Books We Love (www.bookswelove.com)