To Russia with Love! by Sheila Claydon

Golden Girl, the first book I wrote, featured in my previous blog when I demonstrated how book covers have changed over the years. This time I am talking about my second book, Empty Hearts, a story set in Russia. This book's covers have metamorphosed even more. 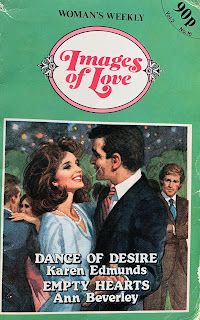 As you can see from the slightly tatty image, this is a photo of the original book because in those days (1985) there were no eBooks and no digital images. I didn't even have a computer. This was written by hand and by old fashioned typewriter. Although it is a full length novel it was published in tandem with another author and sold in a romance program where readers bought a specified number of books each month.

I was still writing under the pseudonym Anne Beverley at the time so you can imagine my chagrin when the book was published with an incorrect spelling. For those of you who know the story of Anne of Green Gables, I am very much in agreement with her insistence that it should always be 'Anne with an E."

From there Empty Hearts followed the same path as my previous book and was published as a Retro romance under the name of Sheila Claydon writing as Anne Beverley (fortunately with the correct spelling!) And it was given an altogether more attractive cover. 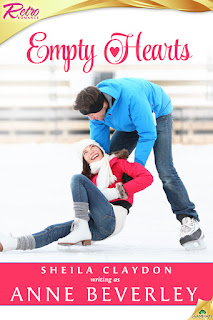 Then things became even more interesting because now, in its final form, published as a Vintage Romance by BWL Publishing, Empty Hearts has two covers, and I'm not sure how this happened. Not that it matters at all because the story is the same in each one, but my favourite image is the first one because it is closer to one of the best things that happens in the book. The little boy, Peter, is an important part of the story, and if you would like to read about him and the image the cover portrays, then click on Book Snippets under the blog heading on my Website. As you can see, ice and skating feature a lot in cold and wintry Moscow! 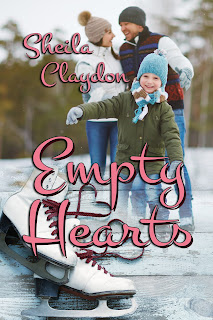 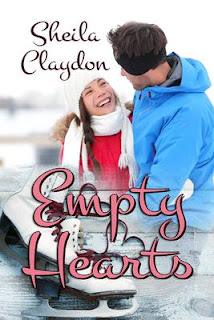 I am ashamed to say I wrote this book without having ever visited Russia! Instead I used information and a map from an article in National Geographic Magazine! Foolhardy, arrogant or just plain naive? I'm not sure. It's certainly not something I would do now. Every book I've written since then is set in a place I've visited so I can be sure to get most of my facts right. Having said that, I have spent time in Russia since I wrote Empty Hearts, and while I was there I decided I didn't need to be too embarrassed about my writing behaviour after all as my research (or rather the information in the National Geographic article) was pretty solid!

By trying to make a new start, Holly just may find a family of her own.

Holly is struggling to pick up the pieces of her shattered life when she is offered the chance to travel to Moscow to research a new book. That she will also have to look after diplomat Dirk Van Allen’s five-year-old son, Peter, seems a small price to pay...until she meets them both.

Determined to find a way into Peter’s stony little heart, Holly thinks that softening his father’s attitude towards her might help. When Dirk sees through her ploy and starts to play her at her own game, she realizes she is way out of her depth with this mysterious, intriguing man.