As the Covid-19 infection shows no sign of diminishing, and people are becoming weary of the restrictions placed on their lives, it might be a time to look at some unusual constraints placed on people around the world, if just to relieve stress. Here then, are ten strange rules adopted by countries.

2)   Gender based lock-downs: In Peru, the government has instituted odd lock-down requirements. Men are allowed outside their homes only on Mondays, Wednesdays and Fridays, while women are permitted outside on Tuesdays, Thursdays and Saturdays. Sundays, however, seem to be unrestricted.

3)      ID card lockdowns: In some parts of Colombia, lockdown days are determined by the numbers on citizen’s ID cards. Presumably, those with fake ID’s are not affected by this rule!

4)   Talking Drones: Kuwait and China have used “talking drones’ to order people to return home. If people doesn’t succumb to the virus, then certainly talking drones will scare them to death!

5) Immunity Cards: China has introduced “COVID cards” to its citizens. These are to be issued to citizens who tested positive to the virus and have recovered. Presumably, the expectation is that these people have developed antibodies that prevent future infections. 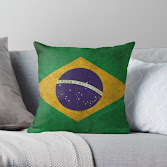 6) Pillow Fighting: Brazil has banned pillows on aircraft. No pillows are allowed on airplanes entering, leaving or flying within the country. Perhaps this will reduce viral contamination, but it certainly supports Brazilian pillow sales!

7) The New York position: The city’s Health Department has some strange advice for couples. It advises the use of “barriers, like walls, that allow for sexual contact but prevent close face-to face contact.” A wall! 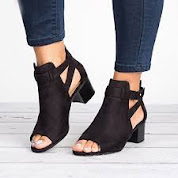 9)       The Five-Mile rule: The city of Victoria, Australia, has banned its inhabitants from travelling more than five miles from home. Obviously, families that get sick together, stay together.

10)      Death Deposit: Cambodia requires all foreign visitors to deposit a large sum of money upon entry. $1,500 of the approximately $3,000 deposit goes towards cremation services of unfortunate deceased travelers. Statistics regarding foreign travel to Cambodia are currently unavailable.

Mohan Ashtakala is the author of "The Yoga Zapper," a fantasy, and "Karma Nation," a literary romance (www.yogazapper.com) . He is published by Books We Love, LLC. (http://bookswelove.com/ashtakala-mohan/books)