For the Love of Chocolate by Victoria Chatham 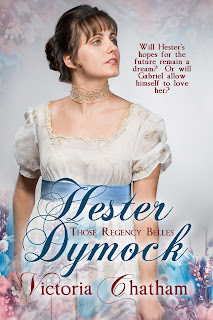 If you read Regency romance, you will probably be familiar with the hot chocolate our heroines enjoy. We still like our hot chocolate today, whether flavored or topped with whipped cream or both. Opening a can of cocoa powder or an individual serving sachet is so much easier for us to make than it was for the Regency maid or cook. Ours is practically instant, and theirs took a good thirty minutes of work to produce a cup of silky rich hot chocolate. But from where did this fascination of ours for chocolate in all its guises come?

Anybody who likes chocolate in any form is probably familiar with the term 'food of the gods,' which reverts to chocolate's Aztec and Mayan origins when only the rich and powerful drank it. Cocoa comes

from the beans, or seeds, of the cocoa tree pod. The beans could be given as a wedding gift or used as currency to buy a pig or a slave or used in official and religious ceremonies. An illustration in the Codex Tudela shows the traditional method of creating the froth the drink was famed for by pouring the liquid from one cup to another with a considerable gap between them. When the Spaniards arrived, they couldn't quite get the hang of this method, so they invented the molinillo, a type of whisk still used today.

Cocoa beans were first imported from Mexico to Seville by the conquistador Hernán Cortés in 1585. By the 17th Century, chocolate was a popular drink in France. In England, the first chocolate house was opened by a Frenchman in the Queen's Head Alley near Bishopsgate in London in 1657. Chocolate houses were the then equivalent of our coffee shops today and were a club of sorts for wealthy and elite all-male clients. White's Club, the haunt of gentlemen of the ton in many a Regency tale, was originally a chocolate house. Opened in 1693 by an Italian, Francesco Bianco, alias Frances White, the house was described by Jonathan Swift as 'the bane of the English nobility.' Such was chocolate houses' reputation for being hotbeds of gossip amongst social climbers and ambitious politicians that Charles II tried to ban them in 1675.

Ladies, of course, could not step foot in such establishments, so they drank their hot chocolate in the comfort of their own home. Not such a comfortable job, though, for the staff who had to prepare these drinks. Purchased in hard blocks about four inches wide and one or two inches thick and packed in a linen bag, in this form, chocolate would keep for about a year.

First, the chocolate was grated into a powder and placed in a pan with milk or water, maybe with a little wine or brandy in it, or even a flavoring of cinnamon, nutmeg, or flowered waters like orange blossom or rose. Then the pan was put on the stove, and the contents were brought to the boil. Constant stirring prevented the mixture from scorching. When it had boiled, the pan was removed from the heat. The contents were then whisked to blend the mixture with a chocolate mill, known in France as a molinet, and in Spain as a molinilla. Eggs, sugar, and thickening agents such as flour, corn starch or sometimes bread were then added to the pan. The cook would spin the chocolate mill between her hands, like rubbing two sticks to start a fire, further mixing the ingredients. Once that was done, the pot was put back on the heat and again brought to the boil, being stirred all the time by the cook, who must have had a strong arm. A little cream might be added, and then another good whisking would be required to produce the essential froth without which hot chocolate was not considered fit to be served.

Nothing but the best silver or porcelain would do for this beverage to be served from for the upper classes. Chocolate pots were tall and slim and often had an elegant swan-necked spout. They might even have a finial of polished wood or ivory on top of the lid. Some had a hole in which the handle of the whisk

could be inserted so the chocolate mixture could be spun again to produce that all-important froth before pouring. Chocolate cups often had a holder in the centre of the saucer and were known as a trembleuse in France and a mancerina in Spain. When the habit of drinking hot chocolate spread to the rest of society, pots were made of sturdier materials such as pewter and pottery.

The history of chocolate is as deep and rich as the end product. Dark chocolate is reputed to have excellent qualities, from improving blood flow and lowering blood pressure to being rich in antioxidants. It can improve your mood and improve brain function. Amongst its nutritional qualities, it contains Vitamins A, C, D, B-6, and calcium, magnesium and potassium. In fact, in ratios per 100 grams, chocolate is richer in potassium than a banana. There is so much more to this marvelous treat that it should be a food group on its own. So, from the food of the gods to being feared by some religious bodies as exotic and decadent, to whether you like large or small marshmallows in your hot chocolate, we enjoy it in all its forms.

Posted by Victoria Chatham at February 23, 2021