To swear, or not to swear? That is the question. 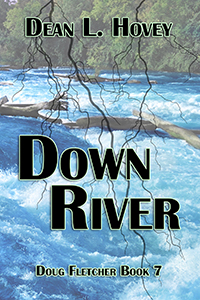 Early in my writing career, a polite librarian cornered me after a reading. She said, "You're such a nice, polite, young man. Why do your characters swear like mule skinners?" I explained that the use of strong language built the persona of some characters. Hardened criminals don't use garden party language, and my bad guys used the words and phrases appropriate for their characters.

Shortly after that I was approached by a writer whose manuscript had been returned by his publisher for a rewrite. The editor said his evil characters were too polite and his publisher directed him to add character-appropriate profanity to their dialogue. He'd read one of my early books and decided I knew the right words and how to use them in context. Laughing, I explained that I'd worked with several people who could turn the room blue when frustrated or irate. Personally, I choose not to use those adjectives, but my saltier characters sometimes throw out a profanity. I declined the request to teach him how to swear. He contacted me later, having toughened up his character's language, and receiving another rewrite request from his publisher. The editor told him that yes, he'd inserted some profanity, but he obviously didn't know how to use it in proper context. The writer was aware of the words, but didn't know who to use them as his dark characters would/should.

After writing two very dark novels, I got feedback from a variety of people. Some likened my dark stories to popular east and west coast authors whose bloody, violent books caused nightmares. Three others made me introspective. My sister-in-law, a well-educated and well-read woman, said she set books aside if there was an "effenheimer" on the first page. She didn't need to read any further. Two others were ministers, people I respected and whose opinion I valued. One took me aside and asked why I wasn't writing what was in my heart, rather than writing hard-boiled stories that I thought mystery readers wanted. The other minister echoed the feedback from my sister-in-law, "I'm sure your books are good, but I haven't got past the first swear word."

My following books were cold cases, with long dead bodies and less salty murderers. I received feedback about how much the readers liked the protagonists and their empathy. I won a Northeastern Minnesota Book Award (NEMBA) for my characterization of life in the region. I went a step further and wrote a series of virtually bloodless cozies with zany senior citizens. No one swore. Readers told me they laughed until they cried.

In 2019 I started a new series with BWL Publishing featuring Doug Fletcher a US Park Service ranger. In Stolen Past, Doug investigates a mysterious death and is teamed up with a Navajo Nation Police officer. They don't swear, even while investigating a murder and the theft of artifacts from the Navajo reservation and park service land. In the second book, a surly teen fires off a few strong words to establish him as a pain in the butt, but the rest of the book is free from profanity.

In four subsequent books Doug Fletcher investigates crimes in Texas, Wyoming, South Dakota, and Wisconsin. I use profanity sparingly, if at all. I sometimes need to establish a character's dark persona, but a single swear word, or even the phrase "He swore like a sailor" is enough to paint the character without writing the actual string of profane words. I often leave the actual expletives to the reader's imagination.

So, I leave it up to you. To swear, or not to swear. What do you prefer to see in the books you read? If you're a writer, what's your approach to the use of profanity?