Dealing With Rejection Letters from Publishers by Joan Donaldson-Yarmey 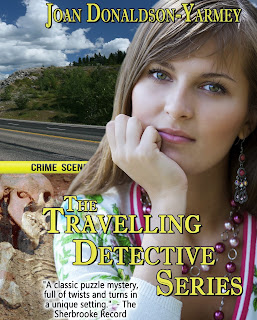 Rejection: the act of rejecting; the state of being rejected; a thing rejected.

Rejection slip: a note from a publisher rejecting the accompanying returned manuscript.

Like most writers I have received form rejection slips and form rejection emails telling me politely that the publishing house is unable to accept my manuscript. An example: Thank you for considering ECW. Unfortunately, Controling (sic) Her Death is not right for us. I wish you every success in finding a home for your book.

However, I have also received emails and letters giving me more details about the rejection and adding a few encouraging words about my manuscript.

Thanks for submitting Controlling Her Death: My Mother's Date With Suicide to Coach House Books. Our editors noted that there's both an immediacy and a poignancy to the prose that draws the reader in from the first page.

Sadly, however, we can't offer to take it on for Coach House. We can publish only a few novels each year, and we have a surfeit of exceptional manuscripts. This leaves us in the unfortunate position of being unable to house many of the fine manuscripts we receive. We’re sorry to say that we aren’t able to fit your work on our list.

We wish you all the very best in finding a good home for it.

Thank you for submitting your manuscript The Nursery to Ronsdale Press for possible publication. Our readers have now made their reports, and I am sorry to inform you that they have recommended against publication.

After reading your excerpt our principal editor noted, "This is well written and has a great opening, but I find that it moves too slowly and that her memories-at least at the beginning-are the sort of thing that has been often written about. There is little sense of excitement or the strange. The Stone Angel does something similar, but with more verve.

We wish you well in finding a publisher for your manuscript.

But a rejection, however nicely worded, is still a rejection and it is hard to accept. In the beginning of my writing career I went through a three day grieving process each time I received a rejection letter.

On the first day I would feel totally depressed. I would question why I was writing, who did I think I was trying to write a novel? I would decided that this would be the last day that I wrote anything. I would wallow in self-pity, shed a tear in frustration, and even kick a door.
Day two would bring anger. Anger at the publisher for rejecting my manuscript. Anger at the months it had taken me to write the seventy-five thousand words. Anger at myself for not having written a publishable novel. I would try to figure out how to change it to make it better.
Day three brought a realization that maybe a different publisher might like it. There is the saying: right idea, right publisher, right day. With a renewed enthusiasm I would send it out again and again. I would decide that no one could take away the fact that I had written a manuscript, that I had had the nerve to send it to a publisher.

We writers are supposed develop thick skins. We are supposed to detach ourselves from our work. We are supposed to realize that we are not being judged, that our intelligence, our sense of humour, our sex appeal, and our character are not on the line. What is being judged is just that one piece of writing we have done. But it is a piece of writing that we have written, that we have spent hours at producing. Sometimes, it is tough not to take a publisher's rejection personally.
But the point is to carry on. With multiple submissions being allowed if one publisher rejects my manuscript I have the two or three others to look forward to hearing from. Sometimes I can have two manuscripts and two or three short stories out in the 'please publish me' world at one time. And when I finish one novel, I start another so I am engrossed in it to spend much time worring about the previous one.
The difference between being a success or being a failure is quitting too soon. And we all know of famous writers whose works were rejected many times before being accepted and becoming best sellers. Here are a few of the rejections letters:

"We are not interested in science fiction which deals with negative utopias. They do not sell."
Stephen Kings first published novel, Carrie, was rejected so many times that King collected the letters on a spike in his bedroom. When finally published in 1974, 30,000 copies were printed. A year later the paperback version sold over a million copies in 12 months.

"You’re welcome to le Carré – he hasn’t got any future."

One publisher sent this to a colleague after turning down The Spy Who Came in From the Cold.

"For your own sake, do not publish this book."
A publisher wrote to DH Lawrence about his novel Lady Chatterley's Lover.

Maybe rejection letters make us better writers, maybe they make us better people, or maybe they just annoy us. Whatever our reaction we have to remember that, with publishers receiving thousands of manuscripts each year, being rejected is just one part of the whole writing process.