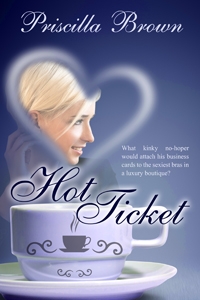 In this contemporary romance, Callum is an innovative cook,
while Olivia's specialities are baked beans on toast and home-delivery pizza.
Neither has ever made marmalade. 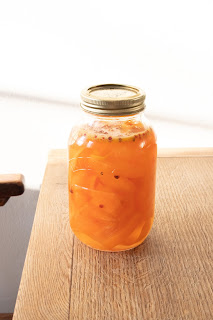 In The King's Breakfast, a poem in When we were very young by A.A. Milne,
the Queen is persuading the King to try marmalade instead of butter - "Marmalade is nicer."
For several years I have complimented my friend on her home-made lemon marmalade; my only contribution to this had been helping her pick fruit from the tree in her garden.  But moving to an apartment meant marmalade making with her own lemons could be no more. Together we picked the lemons, reminiscing about previous occasions. Then she surprised me by saying she didn't have the time to make it before her relocation in a few days' time, and presented me with not only all these lemons, but with an enormous saucepan, what seemed a lot of sugar, six jam jars and a recipe that had been in her family for a couple of generations. She explained that this was not the only possible recipe, but it had always worked for her so I should not have any trouble. Hmm. She had more confidence than I had in my cooking abilities.

To begin the great marmalade undertaking, I learnt I had to cut the fruit up, tie the pips and pith in a scrap of muslin thoughtfully supplied by my friend, luckily as the only muslin in my house is a smart dress, and place everything in water to soak overnight.Relax, this job was easy! My overnight relaxation included a dream of sailing on a sea of marmalade in a lemon-shaped boat which hit a large pip and sank. Next morning, my concoction had to simmer for about one and a half hours, after which I took out the bag of pips and added the sugar. Boil rapidly, the recipe instructed. No trouble about that, the brew was rising at an alarming rate. According to the recipe, setting would take between three and fifteen minutes.

Optimistic, I tested after five by dropping a teaspoonful onto a saucer. The marmalade was liquid...after ten, fifteen minutes, it still didn't look like anything with the potential to be eventually spreadable. The instructions advised using a clean saucer for each test, and at twenty-five minutes I had to start using those from the best tea service. If it boiled too long, the recipe admonished, it would never set. Had it boiled too long, or not long enough? What to do with a pan of unset marmalade? At thirty minutes I was giving up hope, when at last the sticky mess on a saucer formed a skin. I touched it and watched it wrinkle - yay, my effort had metamorphosed into marmalade!

Who knew all this would take so long! In such an amount of time, I could have written a couple of chapters...or perhaps not. After this culinary experience, I returned with some relief to my novel-in-progress, where I needed to rescue two characters from  a 'sticky' situation which had nothing to do with marmalade.