What else am I to write about in October? I watched “Casper” as a kid and the great TV show “Topper”. I loved “Medium” and “Ghost Whisperer”. If you bend the spectrum a little, shows like “Highlander” and “Forever”, which deal with immortals, could also be considered in this realm of otherworldliness.

I believe in ghosts and have gone on “haunted” cemetery tours, and “talked” with spirits on a Ouija Board. When I was maybe thirteen, I woke one night and swore I saw a ghost (or angel) at the foot of my bed. It may have been my sister, but considering I was on the top bunk, maybe not.

There was a favorite old road in Charleston, SC where we would go in high school to be on the lookout for ghosts said to haunt the swamps. (There were “sightings” which were probably just swamp gas.) I have come to realize that it was most likely a story invented by the guys because the area was very dark, very spooky and a very good place to take a girl on a Saturday night.

I’ve had ghosts appear in several of the books I’ve written, but they’re never malevolent or threatening because I don’t write horror. I can’t watch scary movies either, so my ghosts must be helpful in some way and not harmful.

My first pair of literary ghosts were Zeke and Lucky, two old prospectors in PROSPECTING FOR LOVE, a story that was such fun to write because in addition to the ghosts, the story is a time travel. That also puts it in another dimension, for who is to say whether the present as we know it is the only time plane currently evolving. In fact, perhaps our present is actually another person’s past, or future. Does that make us the ghosts to someone else’s existence? It can all get rather complicated. 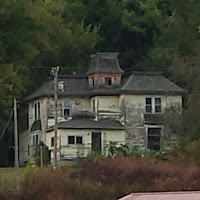 Zeke and Lucky died in a mining accident 1870 and have been wandering around Peavine as ghosts until they can undo the accident that also killed their friend, Jesse Cole. When they spy Ellie, they realize the time has come because she looks exactly like Jesse’s girlfriend, Elizabeth. They can transport Ellie back to a time prior to the accident, but because she knows nothing of the 1870s, they must act as her guides and mentors to keep her out of trouble. PROSPECTING FOR LOVE is a light-hearted read and at times hilarious as Zeke and Lucky attempt to keep Ellie in line while trying to discover what went wrong the first time in history so they can prevent it from happening again.

I don’t always intentionally use ghosts as characters. In A GAME OF LOVE the ghost of an American Revolution era woman practically demanded that I tell her story. She made her presence known to my main character and no matter how much Megan didn’t want to believe in ghosts, and regardless of where I thought the story should go, Laurie McCluer was not about to be silenced. Megan leans more toward believing the ghost is trying to help her solve a mystery, but it creates friction between her and her childhood crush turned current love. Perhaps it’s because he’s a Boston detective who believes in physical evidence, not hazy green apparitions. Ghostly Laurie proved relentless and I finally had to let her story be told, which in the long run was really quite helpful.

If you like stories with ghosts but without the scares, I think you’ll enjoy A GAME OF LOVE (contemporary) and PROSPECTING FOR LOVE (historic time travel). They’re both available at https://bookswelove.net.