Oreos are Kosher. Who Knew? by Karla Stover 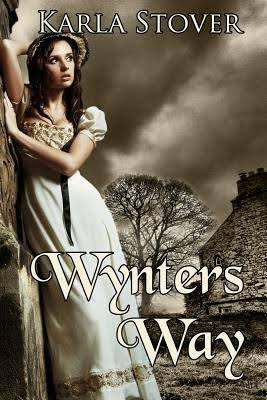 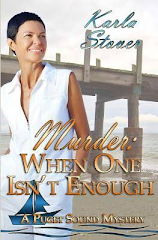 I will read anything. I have a particular weakness for ads in the backs of magazines. The NRA has a cigar club. Who knew? However, it was a crossword puzzle question that taught me that in 1997 Oreos became a kosher food. Nor did it tell me that the cookie's designs incorporate the Cross of Lorraine (carried by Knights Templar during the Crusades) and the 12 Templar Cross Pattees.  Interesting, but not as interesting as when a man named Phil Sokolof "spent roughly $14 million campaigning against saturated foods, such as McDonald's French fries. Having survived a heart attack, he made it his life's mission to influence major food companies to remove saturated fats from popular foods." Imagine being part of a generation that never experienced the real deal.

It was Alexander McCall Smith's book, The Revolving Door of Life that introduced me to the Queen's and lord treasurers remembrancer  (QLTR). In the book, one of the characters left a book in a railway locker and was told that in Scotland, at least, unclaimed items eventually will belong to the queen. I tried to research items the QLTR had 'inherited,' as it were, but the websites seemed only interested in Scottish estates. Nevermind. A friend gives me her old movie magazines and today I learned that Maybelline's Lash Sensational Sky High Waterproof Mascara contains bamboo fibers which are are supposed "to visibly lengthen fringe." I don't know what "lengthen fringe" means but bamboo in mascara seems a bit odd, not to mention dangerous if a flake gets in an eye. Half the ads on the same magazine page touted plant byproducts in their makeup: fruit enzymes, black vegan pigments, coconut, avocado or chia seed oils, etc. Do these horticultural claims really sell products?

And speaking of movie magazines. I now know Paris Hilton has a cooking show on Netflix. And here's an interesting quote: "Yacheron Constantin. The luxury Swiss watchmaker, worn by the late Princess Diana . . ." She wore an entire company? Who knew and, more importantly, how?

As I mentioned previously, I have been giving blood to replace units my brother needed for a cancer surgery. One of my pandemic book purchases was Roses of  No Man's Land. It's about nursing soldiers during World War 1 and one of the diary entries quotes is about how the Americans taught the British about blood transfusions. It sounded like the needles were enormous but transfusions (if you could find a healthy volunteer) saved lives.

Something I read that really caught me off guard was that the #MeeToo movement isn't all that popular in parts of Europe. For example, French actress Catherine Deneuve and more than 100 well-known Frenchwomen signed a letter and sent it to a newspaper saying the movement "hampers the fine art of seduction in the workplace and repressed the sexual freedom of men who only tried to touch a knee, steal a kiss, or speak about pornographic matters at a business dinner, as well as the sexual freedom of women who might like it." I have to say, I see no problem with a little workplace flirting.

The humorist Jeanne Robertson advocated looking for the humorous in your day. I agree but I also try to find funky new facts. They contribute to my spices of life. So much to read; we haven't watched any network TV, except the news, in years.