Last month's post presented a memory from the archmage, Lord Dal's past and how it affected his actions. This month, the reminiscing will be more personal and include memories of the season. Since I've already covered the most emotional of my autumn memories, those associated with 9-11, I decided to focus on other ones. 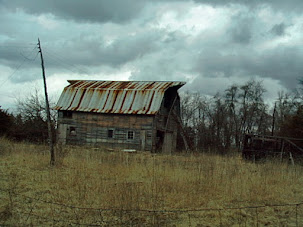 The warm days and cool nights of autumn signal not only the upcoming winter season, but also harvest time. First the wheat or whatever grain planted earlier in the year had to be cut, the grasses crimped, turned, baked in the sun until dry, and then the fun began. Baling took the entire family. My father drove the tractor. The rest of us rode the hay wagon, pulled the bales off the chute, dragged and stacked them. All of which required long sleeves to minimize scratches and clambering around the rows of hay bales. The full wagon would be pulled to the barn where the reverse loading took place. Front to back, top to bottom, bales were moved onto the conveyor and taken to the upper floor of the barn were we once again repeated the snatch, drag, and stack. 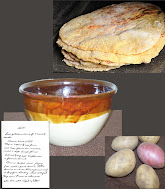 Another memory of autumn was the annual putting up the garden with the pickling, preserving, and making ketchup. Sometimes the work was done under the direction of the older clanswomen. Our reward for this work was not just the food preserved for the upcoming winter, but also the treat of grandmother's heritage dishes. Of course, workers got first pick at the butter-drenched lokse, onion-accented pierogies, and sugared fried dough fresh from the pan.

As to the teaser image from last month? Halloween is not always remembered for pumpkins and neighborhood children in costume trick-or-treating. A hurricane that became a post-tropical cyclone a frankenstorm, and then after she cut across New Jersey, became the infamous Superstorm Sandy.

Whole flotillas of boats where removed from the water or lifted off trailers or storage racks to be scattered onto roads, bridges, or into fields in my area. Wind, rain, and tidal surges disrupted electricity service from parts of Quebec to North Carolina and as far west as Indiana and Illinois.

Besides the images of the displaced boats, a more personal memory was being one of the 8.5 million people without power for what seemed like unending days. We were fortunate in that our electric company did a controlled shut down, minimizing damage to substations. When our electricity was restored, my husband and I took in his mother and sister until the lines of poles were replaced and wires restrung in their town.
Most of the homes in my town didn't suffer much damage but we lost several businesses including the history museum. Although two senior high-rise apartment buildings had to be evacuated. An adjoining town was not so lucky. The entire town was submerged. My home renovation experience came in handy during volunteer tours removing sheetrock and plaster. My last stint was taping and spackling. I might not as been as fast as the professional I worked alongside, but I was pleased he didn't have to redo any of my seams.

~Until next month, stay safe and read.

Posted by Helen Henderson at September 19, 2022