Changing More Than The Clocks by Helen Henderson

One of the autumn/winter events that I have come to hate is Daylight Savings Time. Now I am not going to debate the benefits of shifting clocks ahead or back an hour. The fact is, the older I get the harder I find it is to adjust to the changing of the clock. And it doesn't make a difference whether the hour is springing forward or falling back, both are now wrecking havoc to my life. But I am not the only one. 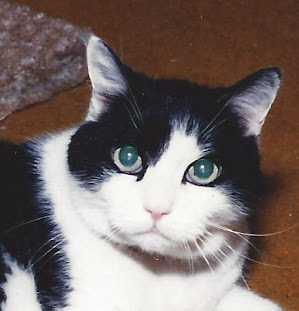 A social media meme of a dog with a sign hanging around its neck notifying its owner that changing the clock does not change its feeding time made me laugh.

One dog owner I know slowly shifts the feeding time five minutes a day to help her animals adjust. That never worked with the tuxedo cat who used to rule my household. He made it very clear. Bird song and brightening skies meant it was time for his humans to rise and give him his milk. Door slams made sure that we woke. And the evening feeding time? Whenever he wanted to be fed. Delays resulted in loud meows and leg pats (with extended claws).

Another type of seasonal change can be just as impactful as changing the clock. There comes a time in an  author's writing life when a series ends. The Windmaster Novels eventually came to an end with Windmaster Golem. The series covered two generations of mages and a legend pulled from the mists of time. Adjusting to saying good-bye to characters I had lived with for years was harder than that of a time shift.

Two of my favorite things are hanging out with mages and flying with dragons. A coin flip decided it was time to take to the skies. A documentary of the 1991 eruption of Mount Pinatubo, a volcano on the island of Luzon in the Phillipines became the initial inspiration for the world of Fire and Amulet. The images of the volcano and the lands around it took me back to the time of my childhood when I lived there.

Since the topic focuses on change and time, in recognition of the changing temperatures outside, a snippit from Fire and Amulet of the change of seasons. 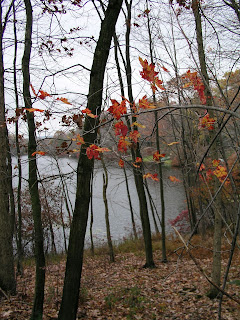 Nighttime breezes accentuated the crisper air of harvest season that had accompanied the last few days of her travel. The cooler temperatures came with daytime storms that kept her huddled beneath her cloak for what little shelter it provided. Although the rain and lightning restricted her movement, it did little to stop her mind from roaming down untenable paths.

Worries about her future, whether Geren and his new bride were happy in Nawddmir, and if Drakus, Hiryur, and their herd had found safe pasture, mingled with memories.

The cool air recalled all the times she hid in Trelleir’s cave to escape the desert heat that scorched Darceth in the summer months. Not even the dark hours provided respite from the heat that burned your lungs and stole what little energy one could summon. In the few steps from the communal well to the garden, even without a single splash or spill, the full bucket emptied by half.

A low chuckle escaped. Caldar could never object to days spent at the cave because it was the head slayer’s orders to go there and assist Trelleir. What was supposed to be a punishment was a reward in disguise.

To purchase Fire and Amulet: BWL

~Until next month, stay safe and read.