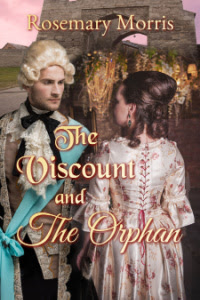 To learn more about Rosemary and her work please click on the cover.

At heart I am a historian. Before I begin writing a #classi#historical#omance I research the background. I hope you will enjoy this month’s insider blog based on my notes.

When Anne, Stuart was born on the 6th February1665 neither her uncle, the second King Charles, nor her father, James, heir to the throne, imagined she would become Queen. The king’s seven illegitimate children proved his virility. There was every reason to believe he and his queen Henrietta Maria who he married three years ago, would not have legitimate heirs If they did not, James and Anne, the Duke and Duchess of York’s son would succeed. Unfortunately, he only lived for six months.

Infant mortality was high. Fortunately, Anne and her older sister, Mary, survived the Great Plague, which broke out in the year of the Cinderella’s birth. The little princesses grew up in their nursery but their brother James, a younger brother and two little sisters died. One can imagine the effects of these deaths on a small girl suffering from poor health, whose weak eyes watered constantly.

With the consent of Anne’s uncle, the king, her parents sent the four-year-old to her grandmother, widow of the executed first Charles, who now lived in France, to have her eyes treated.

A portrait of the Anne as a small girl painted by an unknown artist at the French Court depicts a plump, adorable little girl, dressed in brocade and playing with a King Charles spaniel. Yet her eyes, set in an oval face with a mouth shaped in a perfect cupid’s bow, are wary.

The Captain and The Countess

The Viscount and The Orphan

With firmly closed bedroom doors, the reader can relish the details of emerging romances.