Knights in the Age of Chivalry by Rosemary Morris 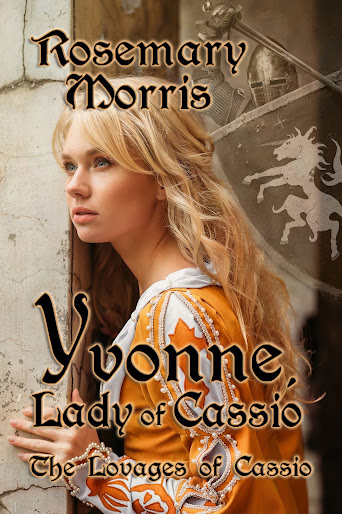 For more information on Rosemary's books please click on the cover.

Knights in the Age of Chivalry

At heart I am a historian. My novels are rich in historical detail which requires intensive research, some of which I am sharing in this blog.

The Path to Knighthood

At the age of seven a knight’s son served in another knight’s household, often his maternal uncle’s, where he trained to fight, first with a wooden sword. At sixteen, he knew knights should be courteous to each other and had been taught the four cardinal rules of chivalry - piety, prowess, loyalty, and moderation. Before being knighted, he had learned the skills necessary for an expert jouster. As a knight his raison d’etre was to fight.

Prior to being dubbed a knight, a squire bathed him before he dressed in white clothes and a red robe. At night, he stood or knelt in front of the altar in the chapel or Church for ten hours in solitude and silent prayer. At dawn, he attended Mass before presentation to his lord by two sponsors. The lord presented him with the sword and shield which were on the altar during the vigil. After an older knight struck him on his neck or cheek with his hand or the flat of his sword, the young knight swore a holy oath to dedicate his sword to justice, piety, the orphaned, the oppressed, the church and the widow.

In tournaments aristocratic knights fought for fame and glory.

Jousting was dangerous. A late 14th century knight wore armour weighing 80-100 lbs. He sat on a high saddle, charging at a closing speed of 40 miles per hour on a destrier weighing 200 lbs. He bore a lance with which all the potentially lethal force was concentrated on a steel tip. Jousts of peace with capped lances were less dangerous although a knight might fall from his horse, die, or be seriously injured.

Although a knight was a fighting machine, when he removed his armour, he was expected to be courteous, gentle, devout, and cultured. John of Salisbury, a cleric, listed some of a knight’s duty. To defend the Church, to assail infidelity, to venerate the priesthood, to protect the poor from injuries…to pour out his blood for his brothers (as the formula of his oath directs him).

Lords who had been knighted held their principal estates from the king and were called tenants-in-chief. They received a summons to attend each parliament and constituted the House of Lords. They were bound to serve the king with their retinues at their own expense for forty days each year at home or abroad.

Household knights promised to serve an overlord loyally for life in peace and war, wherever he was needed. He would serve at his overlord’s expense, be clothed by him, and provided with a suitable horse.

The Order of the Temple abolished in 1308) and The Hospital of St John of Jerusalem (Hospitallers) Orders of knights were originally established to protect the routes to the Holy Land. 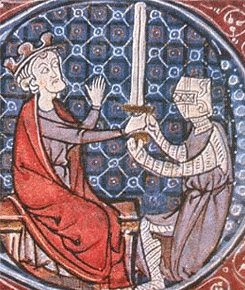